The shepherds featured in Luke’s infancy narrative serve as a vital and significant link between the first Christmas Mass (at night) and the one at dawn. In the gospel at the night Mass, shepherds “living in the fields” around Bethlehem are the first to hear Christ’s birth proclaimed by angels, even though, as Elizabeth Johnson emphasizes, they are “poor by definition, ranked among the lowly of Palestinian society,” In the gospel at dawn, moreover, they are the first to find “Mary, Joseph and the infant” and the first to spread the word that this child lying in a feeding trough for cattle is Christ, the Lord – their savior, born for all the people. The shepherds’ story amazes everyone – even Mary, it seems, for Luke tells us how she treasured “all these things,” pondering them in her heart.

Johnson emphasizes two important implications of Luke’s narrative.
First, “The displaced couple, the manger and the shepherds together form a clear signal: the Messiah comes from among the lowly people of the earth.” The last shall be first! Blessed are the poor!
Secondly, Luke’s description of Mary’s pondering suggests that she “did not grasp immediately all that she had heard but listened willingly, letting events sink into her memory and seeking to work out their meaning.” Luke shows her trying “to interpret her life, … understand difficult matters concerning the lives of those she loves,” and “to discern how the divine Spirit is moving in their midst.” Her life is “a life in the process of becoming … . “

These are lessons to take to heart this Christmas, as the whole Church is being called to listen to the Spirit moving in our midst, especially in the cries of the poor and the earth. Mary’s respectful, welcoming attentiveness to the shepherds is beautifully captured in lines by another mother, of the 20th century:

How easy it had been, when, from the fields,
Rough countrymen broke in to talk and stare
Upon your hour-old motherhood, in care
Just for the precious Babe, to bid them spare
Both you and Him their presence, cry out “Go!”
If so,
They would have left, nor murmured, slipped away
And never told their folly, simply deemed
The angels’ song was dreamed.

So easily you might have spoiled it all,
One sharp complaint against your wintry lot –
No one had blamed you, only we should not
Kneel as today we kneel, glad in this spot,
Knowing we need not turn our eyes away.
We pray
With hearts undimmed and joyousness unblurred
Because the torch-light, searching out your face
Finds nothing save God’s Grace.

When the angels went away from them to heaven, the shepherds said to one another, “Let us go, then, to Bethlehem to see this thing that has taken place, which the Lord has made known to us.” So they went in haste and found Mary and Joseph, and the infant lying in the manger. When they saw this, they made known the message that had been told them about this child. All who heard it were amazed by what had been told them by the shepherds. And Mary kept all these things, reflecting on them in her heart. Then the shepherds returned, glorifying and praising God for all they had heard and seen, just as it had been told to them.

Sister Mary Ann Cook entered Notre Dame in 1954, at Ilchester, Maryland. Her ministries include a brief stint in parochial-school teaching before she was missioned to the English Department at Trinity College (now Trinity Washington University). Exploring major works of Western literature with undergraduates left her with a particular love for poetry and drama. Serving as Trinity’s Academic Dean taught her the value of interdisciplinary learning, and engendered strong interest in curriculum- development and organizational planning. In 1978, , she began working in an innovative post-conciliar adult faith-formation program called Education for Parish Service (EPS), designed to equip lay Catholics for fuller participation in the Church’s life and mission. Its eight substantive foundational courses in theology, scripture and evangelization carried CEUs, and were taught by faculty from nearby universities. EPS grew into a network of eight programs serving five U.S. dioceses and the Vicariate of Rome. Over time, its design was picked up by independent affiliates in London, North Dakota, California and Wisconsin. Over its 33-year life cycle, Sister Mary Ann served as a facilitator, lecturer, academic-program director and, eventually, chief executive officer. She counts her EPS experience as a major influence on her own faith development, her work with Associates of Notre Dame and her appreciation of the church’s rich diversity. Sister Mary Ann’s formal ministries and SND community responsibilities included “working visits” to England, Scotland, France, Belgium, Italy and the Holy Land, as well as opportunities to participate in international meetings of SNDs from across the world . Now a retiree at Mount Notre Dame in Cincinnati (OH), she is exploring ways of drawing “new treasures as well as old” from her storehouse in service of others (Mt 13: 52). God is indeed good! 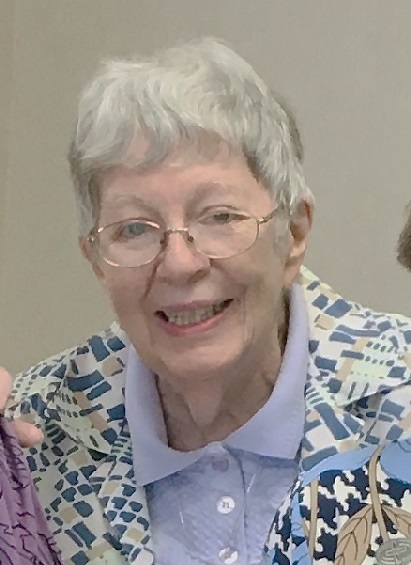