The Gospel of John is very different from the Synoptic Gospels. It is not set in an earthly timeframe and does not set out to give an account of Jesus’s life as they do. All four Gospels trace Jesus back to a particular beginning: Matthew back to Abraham; Mark to the Isaiah prophesies about who will prepare Jesus’s way (Mk 1:1-3); Luke to the angel announcing the birth of John the Baptist to Zechariah (Luke 1:5-24) and Mary’s annunciation (Luke 1:26-38); John takes us out of time, to a beginning before time, before the creation of the world. Jesus, the Word (Logos) is not part of creation, was not created in time, but was with God before the creation of the world.

The connections between the first words of Genesis and the opening of John’s Prologue would not have gone unnoticed by Jews and Christians, many of whom were Jewish converts. They were familiar with the Old Testament Scriptures. John’s Prologue echoes the opening words of Genesis ‘In the beginning’ (Greek ‘en arche’). Both Genesis and the Prologue assert creation as coming from God’s word which penetrates the darkness with light. Life is given through God’s word: Genesis declares that man is given life when God speaks, and the Prologue guarantees eternal life to those who accept the Word of God.

The choice of the Greek ‘Logos’ (word) in the Prologue, bridged the gap between the Jewish and Greek worlds. Jews were familiar with the term and sometimes used it, out of respect, instead of ‘God’. Throughout the Old Testament God speaks directly or through the prophets. The phrase ‘It is God who speaks’ is a familiar one. Non-Jewish Greeks, not familiar with the Hebrew scriptures, understood the concept of ‘Logos ’as the controller of the world. John’s assertion that Jesus is that ‘Logos’ would have had some credence.

The Prologue, not an ‘off the cuff’ declaration, is a profound statement of what John and his close disciples understood as the central beliefs of Christianity, written sometime between 70 AD and 100 AD. It can be seen as a summary of the faith expounded within the whole of John’s Gospel. Familiar with the teachings expressed in the Synoptic Gospels, John would have been immersed in the theological ideals shared and developed among the early Christian communities. Some scholars think that the Prologue, like the liturgical hymn of creation in Genesis, was already in circulation before the Gospel itself was written.

We are familiar with the Prologue which is like a musical overture, pouring out profound inspirational theological themes that are reiterated and re-formed in the Gospel itself. At the core is a shattering assertion (blasphemous to many Jews, Gnostics, Docetists etc.) that ‘In the beginning was the Word, and the Word was with God, and the Word was God’. And that ‘The Word became flesh and made his dwelling among us’. For John and the early Christians the Prologue is like a Creed. Some of you may recall that we used to hear the Prologue at the end of Mass, genuflecting at the words ‘Et Verbum caro factum est et habitavit in nobis’ (And the Word was made flesh and dwelt among us). It had a credal role from the 12th Century which some supporters of the Tridentine Mass are trying to restore.

‘O come, O come, and be our God-with-us
O long-sought With-ness for a world without
O secret seed, O hidden spring of light.
Come to us Wisdom, come unspoken Name
Come Root, and Key, and King, and holy Flame.
…Unfold for us the mystery of grace

In the beginning was the Word, and the Word was with God, and the Word was God. He was in the beginning with God. All things came to be through him, and without him nothing came to be. What came to be through him was life, and this life was the light of the human race; the light shines in the darkness, and the darkness has not overcome it.
A man named John was sent from God. He came for testimony, to testify to the light, so that all might believe through him. He was not the light, but came to testify to the light. The true light, which enlightens everyone, was coming into the world.
He was in the world, and the world came to be through him, but the world did not know him. He came to what was his own, but his own people did not accept him.
But to those who did accept him he gave power to become children of God, to those who believe in his name, who were born not by natural generation nor by human choice nor by a man’s decision but of God.
And the Word became flesh and made his dwelling among us, and we saw his glory, the glory as of the Father’s only Son, full of grace and truth.
John testified to him and cried out, saying, “This was he of whom I said, ‘The one who is coming after me ranks ahead of me because he existed before me.'”
From his fullness we have all received, grace in place of grace, because while the law was given through Moses, grace and truth came through Jesus Christ. No one has ever seen God. The only Son, God, who is at the Father’s side, has revealed him.

Maureen Lomax was born in Lancashire, England, on September 1st 1942, the third living child of four, two girls and two boys. Like most families who raised children during the Second World War, her family coped with food rationing, second-hand clothes/furniture, running into the bomb shelter at night during air raids, borrowing and lending sugar/tea/etc., and father away in the Army. Although everything was in short supply, and everyone was encouraged not to waste anything, her mother managed to feed the children, clothe them and see that they were well educated. The children all passed the scholarship and so could attend a Grammar or Technical School from the age of eleven onwards without having to pay school fees. They were very fortunate.

That was when Maureen first met the Sisters of Notre Dame de Namur. From 1953 (the year all war rationing ended), she attended Notre Dame High School in St Helens, Merseyside. She entered the Ashdown Novitiate in 1959, made first vows in 1962 and final vows in 1967. Meanwhile, Sr. Maureen trained as a secondary teacher of English, Music and Religious Education, attending Notre Dame College of Education, Liverpool. She did a degree in Philosophy/Religious Studies at Leeds University in 1974.

Over the years she taught mainly in non-selective secondary schools, teaching English, Religious Education, Music, Special Needs and some general subjects to boys and girls from 11 to 18 years of age. Sr. Maureen has worked in various parts of England: Wigan and St Helens in the North West, Norwich in East Anglia, Upminster in East London and Plymouth, Devon, in the South West. Unfortunately, just before she retired from the headship of Notre Dame RC School in Plymouth in 2002, she suffered a High Blood Pressure haemorrhage in her left eye which caused blindness.

After her retirement, Sr. Maureen had time to recover her health and then had the privilege of visiting our Sisters in Nicaragua (2007), Peru and California (2008) and Zimbabwe (2009). In each place, she was able to give some practical help and also learn first-hand about the customs and conditions in which people survive. She has always had an interest in the work of our Sisters in these vulnerable parts of the world, and had a lot of theoretical knowledge about them, but being there and meeting the people still remains for her a living memory.

Since then, Sr. Maureen has been involved in helping and supporting asylum seekers in Barnsley, North Yorkshire, together with a small Parish Group. She became Chair of Governors at a Roman Catholic and Anglican Secondary School and was able to use her recent experience of school leadership for the benefit of a school in difficulties. As a sideline, she planned and provided music for a parish together with a small group.

Sr. Maureen served in Rome as General Secretary of the Sisters of Notre Dame from 2010 through 2013. She ministers now in Britain as a Coordinator for our Sisters in a Notre Dame Health Care facility.

Since March 2017 she has been having a break from ‘responsibilities’ and has moved to Birkdale in the north of England. Apart from playing the organ for community Masses, continuing being a School Governor  at our Notre Dame College in Liverpool, visiting family and friends and doing little jobs in the house, she is enjoying some respite. 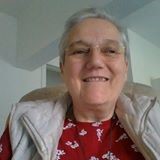