The End…or the Beginning?

It was early Sunday morning after 2 days of trauma, suffering, questioning, and crying, when I decided to take a chance and go visit my friend’s tomb while it was still dark hoping we would not be noticed. Although I am the only one mentioned, my women friends were also with me that early morning.

As we approached the burial place, we were stunned to find that the stone that had sealed the entrance to the tomb had been moved. Of course, we were curious to see Jesus’ body and to give it a proper anointing, so we went inside and found only cloths laid aside…but no sign of Jesus’ body.

Knowing where the followers were in hiding, I set out running to tell then what I found and was sure they had an explanation as to where Jesus’ body had been taken. They failed to take me at my word and doubted that my experience at the tomb was indeed true, so a couple of them set out to see for themselves. Of course, they found the exact same thing that had been discovered earlier, cloths to one side, and a rolled up facial covering. They obviously had no idea as to where Jesus’ body was.

I was dismayed and saddened that they could not/would not believe me when I shared with them my experience at the tomb. The disrespect stung deeply.

When they went back to their hiding place, I stayed at the empty tomb and wept in gratitude and in grief for all that occurred in the short time that the life and death of Jesus had so grabbed my heart.

How many times have we had the same experience as Mary? Our insights as women not being believed nor taken seriously. Our life experiences minimized, overlooked and at worse, negated? Our offering suggestions only to have someone else receive the recognition.

We can only imitate the Mary in this Easter Gospel…we stay at the empty tomb with one another, and we weep in gratitude and grief with the Jesus who has indeed grabbed our hearts.

Anne Louise spent many years in higher education as campus minister, counselor, Director of the Personal Counseling Center and as Associate Dean of Students at Sacred Heart University, Bridgeport, CT. She also served on the Connecticut Leadership Team as well as co-coordinator of the SND/USA Anti-Racism Team. She was Case Management Supervisor at My Sister’s Place Women Center, a day shelter for homeless women and children in Baltimore City, Maryland. and served 8 years as Director of Programs at Pax Christi USA. Anne Louise currently works on a bi-racial team presenting, facilitating and consulting with religious communities on dismantling racism within their Congregations. 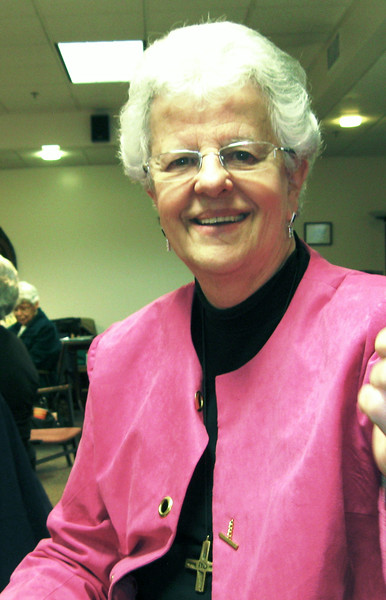