In every culture meals unite families, friends, collaborators, etc… and this takes place according to their particular different circumstances. What may differ is the menu, what and when. Some people eat at a table, others are seated on fabric or mats. Some use their fingers, others sticks and still others, cutlery. What is important is the union of hearts.

Before continuing our reflection, let us look at these different photos, noticing how people are close together and attentive to one another. Today’s feast reminds of the Last Supper where Jesus gave himself as food. This took place around a table.

In contrast to this, today’s Gospel shows Jesus as a preacher in the midst of the mission of evangelization. The people are attracted to what he is teaching. He speaks to the crowd about the reign of God. The apostles share the mission by studying the crowd. They note a hesitation manifested in the behavior of the people; for as a French saying states: “The hungry stomach has no ears”. The apostles are concerned; they put themselves in the place of the tired and hungry people, but they also feel hesitant as they present themselves before the Lord. The reality is that the place is deserted and it would be impossible to find something to eat. It is at this point where their confidence and faith come into play.

Jesus’ response is disconcerting: “Give them something to eat yourselves.” Their concern for the crowd and their sense of responsibility moves them to seek a solution. They find and report their findings to Jesus: “There is a boy with five loaves of bread and two fish.”
Jesus could do everything himself alone, but he involved his disciples. “MY” mission became “OURS”.

Jesus said, “Have them sit down by groups of about fifty”. The apostles did this and had everyone sit down. Jesus took the five loaves of bread and the two fish, and, lifting his eyes to heaven, pronounced a blessing on them, broke the bread and give it to his disciples to distribute to the crowd. Everyone ate and were satisfied.

No one is sufficient to himself or herself. The success of our mission is a question of “US” and not “ME”. Let us live by listening to God and one another in order to contribute to the mission of Christ. He repeats the same words to us: “Give them something to eat yourself.”

What do we have to give? Do we know how to give?

Jesus spoke to the crowds about the kingdom of God, and he healed those who needed to be cured. As the day was drawing to a close, the Twelve approached him and said, “Dismiss the crowd so that they can go to the surrounding villages and farms and find lodging and provisions; for we are in a deserted place here.”

He said to them, “Give them some food yourselves.” They replied, “Five loaves and two fish are all we have, unless we ourselves go and buy food for all these people.” Now the men there numbered about five thousand. Then he said to his disciples, “Have them sit down in groups of about fifty.” They did so and made them all sit down.

Then taking the five loaves and the two fish, and looking up to heaven, he said the blessing over them, broke them, and gave them to the disciples to set before the crowd. They all ate and were satisfied. And when the leftover fragments were picked up, they filled twelve wicker baskets.

Honorine Yamba was born on December 13, 1950 at Kimpemba in the Democratic Republic of Congo. She entered the Sisters of Notre Dame de Namur in 1969. She began her novitiate in 1970 and made first vows in 1972. She pronounced her final vows on September 8, 1981 at Lemfu, where she was on mission. Sr. Honorine has performed many ministries in the province and the Congregation. She was prefect of studies, professor and superior in communities and Provincial Counselor for many years. She also served as assistant director of Novices for two years at Kimwenza. Sr. Honorine was provincial from 1991 à 1996 and was elected a member of the Leadership Team of the Congregation at the General Chapter in 1996. After this service she spent a sabbatical year at Lyon in France at the Jesuit Center “FAS “- Formation, Accompaniment and Spiritual Discernment according to the exercises of St. Ignatius. Following her sabbatical year, she served as novice director in the province of Nigeria for two years. She returned to Congo in 2005 to work in the Diocese of Kisantu’s office of Caritas as assistant director. From 2012 – 2018 she provided service at the Heritage Center in Namur, Belgium. Having returned to Congo in 2018 she was a member of the community of Limete where she performed community service. In September 2020 she became province archivist and serves as a professor in the two formation houses (postulate and novitiate). As needs arise, Sister Honorine animates workshops and provides spiritual direction in conjunction with the Jesuit spirituality center at Manresa. Since September 2021 she has been accompanying Sisters in temporary vows. 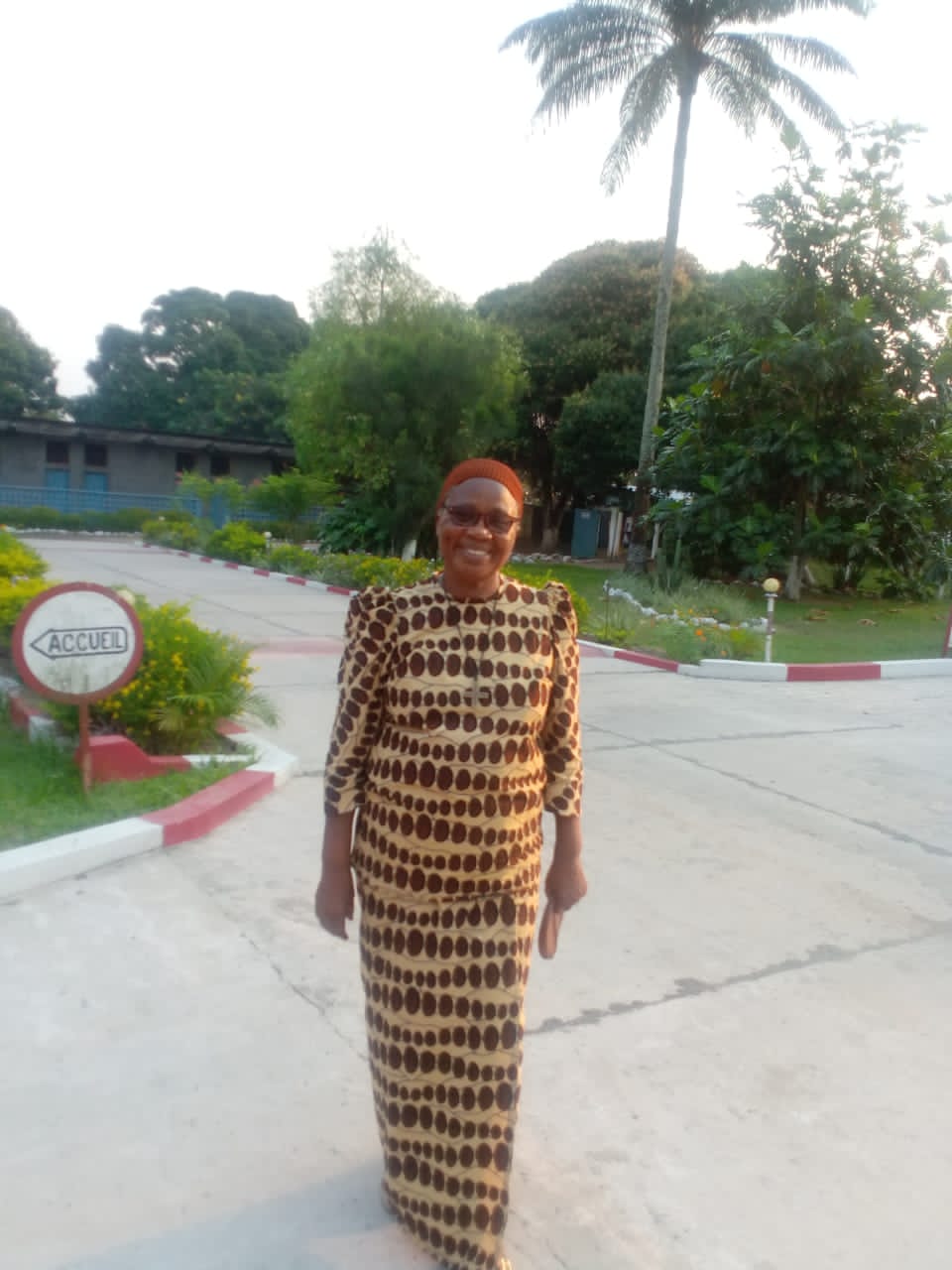