The account of the visit of the Magi is part of a series of other visits planned by God. God is the principal initiator of these visits. These visits are:

Of the five visits mentioned above, three happened in an atmosphere of unadulterated joy, a kind of joy without doubt, which fills and fulfills the person concerned. These are:
– The visit of the Angel Gabriel to Mary, at Nazareth
– The visit of Mary to Elizabeth, her cousin, in the hill country;
– The visit of the Shepherds to the Newborn in Bethlehem.
The beneficiaries of this category of visit experience immense joy and an incomparable happiness. They can be called “blessed”, “set apart,” taken from among their people; they are the privileged of God. Aware of the importance of this exceptional gift, they are filled with enthusiasm in gratitude to God, source of this favor. In various forms of expression, they cry and sing with joy. Thus, various cries of exaltation and thanksgiving are heard.
– “I am the servant of the Lord” “Ecce Ancilla Domini”.
– “Magnificat of Mary”
– “Glory to God in the highest” “Gloria in excelsis Deo,” sung by the angels in the presence of the Shepherds at the manger.

The two other types of visits are marked by experiences of struggle, uncertainty… The visit of the Magi belongs to this category. They had to seek, risk and struggle to reach the goal of their trip: to “find and adore the Newborn King of the Jews”.
Very often, God acts through signs and uses these to instruct us, to help us understand the divine will, God’s plan for us. The shining star which guided the Magi is a symbol of the presence of God, “God with us”. It is a response and reward reserved for the profound faith of the Magi. Only this solid faith enabled them to set out from the East to Bethlehem.

It would be good for us to ask ourselves: What is MY star? What is OUR star as Sisters of Notre Dame de Namur? – a Congregation with a specific mission: making known the goodness of God to everyone.

As for King Herod, the news about the appearance of this star in the East became a source of confusion and great fear; he panicked (Lk 2:3). Thus, he gave in to evil; he lied to the Magi and planned the slaughter of the innocent.

This is evidence that signs – even those with the greatest meaning, those most attractive, do not have the same influence on everyone.
May the Holy Spirit, the breath of God, be our light and our guide at the start of the new year 2022. May it be happy, despite the troubling threats which shake our world. May it be a year of happiness in having discovered the God whom we seek, to make him known and loved by our people.

When Jesus was born in Bethlehem of Judea, in the days of King Herod, behold, magi from the east arrived in Jerusalem, saying,“Where is the newborn king of the Jews? We saw his star at its rising and have come to do him homage.”

When King Herod heard this, he was greatly troubled, and all Jerusalem with him. Assembling all the chief priests and the scribes of the people, He inquired of them where the Christ was to be born. They said to him, “In Bethlehem of Judea, for thus it has been written through the prophet:
And you, Bethlehem, land of Judah, are by no means least among the rulers of Judah;since from you shall come a ruler, who is to shepherd my people Israel.”

Then Herod called the magi secretly and ascertained from them the time of the star’s appearance. He sent them to Bethlehem and said, “Go and search diligently for the child. When you have found him, bring me word, that I too may go and do him homage.”

After their audience with the king they set out. And behold, the star that they had seen at its rising preceded them, until it came and stopped over the place where the child was. They were overjoyed at seeing the star, and on entering the house they saw the child with Mary his mother. They prostrated themselves and did him homage. Then they opened their treasures and offered him gifts of gold, frankincense, and myrrh. And having been warned in a dream not to return to Herod, they departed for their country by another way.
The Gospel of the Lord

Sr. Marie-Angèle Kitewo was born in the Democratic Republic of Congo and has been a member of the Sisters of Notre Dame for over 60 years. She has known the Sisters of Notre Dame since she was a young child since she attended primary and secondary school at Kisantu and Lemfu. She then studied with the Religious of the Sacred Heart at Kinshasa and obtained a graduate degree in the teaching of French and history followed by a Bachelor of Arts degree in French and history in Kinshasa Kalina and a Bachelors degree in Theology and Human Sciences from the University of Kinshasa (Lovanium). She completed her studies at the National University of Zaire (UNAZA) at Lubumbashi with a diploma in African linguistics and oral literature. She also holds an advanced degree in English from the Berlitz School in Chicago, USA. Finally, she obtained her doctorate in Cultural Anthropology at the University of London (S.O.A.S.) in England. Sr. Marie-Angèle began her teaching ministry in Congo: at the primary schools at Lemfu and Kisantu, the secondary school in Kisantu and at the Instituts supérieurs in Mbanza-Ngungu (I.S.P.) and Kinshasa Binza (I.P.N.). She also taught at the Catholic University of Kinshasa (1975-1981). Sr. Marie-Angele served as provincial for the Sisters of Notre Dame in Congo (1984-1991). At this same time she also served as national president of the Union of Major Superiors of Congo (USUMA): 1987-1990. In 2002 she was elected as a member of the Leadership Team of the Congregation of the Sisters of Notre Dame (CLT), where she served until December, 2008. She served as director of Mission Integration at Notre Dame Academy, Worcester, Massachusetts for three years. She is currently a professor at l’Institut Superieur de Mbanza-Ngungu in Democratic Republic of Congo. 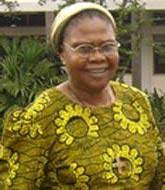 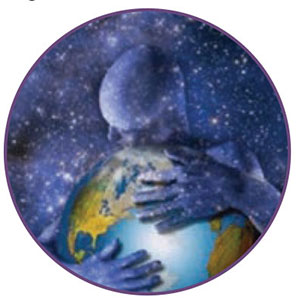 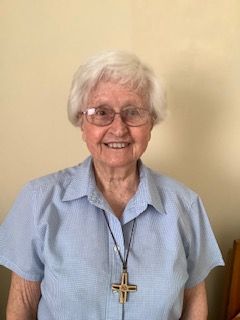