Feast of the Presentation of the Lord

Fall and Rise – Pain and Consolation – Just and Devout
This Gospel, so familiar to us, can always surprise us if we allow it to. Today, as I read it to prepare my contribution to the spirituality space on the SNDdeN site, I find myself separating these words that both contradict and complement each other. Fall, rise, pain, consolation, just, devout.

The Gospel story from the memory of Luke’s community that we read today gives us a harmonious portrait in which diverse and even opposing situations complement each other, in a unique beauty that speaks of the plan of God revealed in Jesus and which should be carried on by us who call ourselves followers of Jesus.
We live in very difficult times for all humanity. These are dark times in which we can see the struggle of opposing forces. And there are moments in which we feel powerless in the face of evil forces that seem to be winning the battle.

We are experiencing the bitter taste of individualism, of greed, of corruption that has caused the emergence of so much evil, of so much suffering.  Broken or non-existent relationships lead youth to suicide because no one hears their cry for help, because we are so disconnected or so distant; or because we lack the brilliance and strength lived by Simeon and Anna and Jesus’ parents in the Gospel we read today.
However, in the midst of all this we perceive a spark of hope, that same hope of Simeon who was a just and devout old man. But he was also a person who trusted in God’s promise to His people. Simeon sought strength in his ancestral heritage and in the historical tradition of his people’s journey.

We perceive sparks of hope when listening professionals like psychologists and therapists offer to listen to the pain of others, even when they themselves are experiencing deep pain. There are sparks of hope when we see people like Father Júlio Lancelotte, an elderly man, risking his own health and even his life in the middle of a raging pandemic, as he goes to the streets to distribute hot soup or a blanket; or even more important, when, on a loudspeaker, he denounces the injustice of the lack of decent housing for all. He is denouncing the negligence and omission of the Government in the face of whole families forced to live on the streets and thus be more vulnerable to contract the coronavirus.

Concluding, I would say in summary that today’s Gospel reading tells me that compassion is necessary in order to deeply feel another person’s pain; but also justice is necessary and indispensable so that we not only feel sad about another’s pain, but that we extend a hand to support and raise our voices to denounce. So that we do not hesitate to use our strength in the struggle to defend life in all its fullness, and in the struggle against every form of evil that causes pain and suffering.

This Gospel also tells me that the consolation awaited by Israel will come, and that, in truth, it comes through each gesture of solidarity, when new attitudes of justice appear. More and more we are invited to unit our strength with this current of justice in order to conquer evil. With Simeon and Anna, we dare to pray, hope, believe. But above all, we dare to act inspired by the gentle and disquieting breath of the Divine Ruah.

Now there was a man in Jerusalem whose name was Simeon. This man was righteous and devout, awaiting the consolation of Israel, and the Holy Spirit was upon him. It had been revealed to him by the Holy Spirit that he should not see death before he had seen the Christ of the Lord. He came in the Spirit into the temple; and when the parents brought in the child Jesus to perform the custom of the law in regard to him, He took him into his arms and blessed God, saying: “Now, Master, you may let your servant go in peace, according to your word, for my eyes have seen your salvation, which you prepared in sight of all the peoples, a light for revelation to the Gentiles, and glory for your people Israel.” The child’s father and mother were amazed at what was said about him; and Simeon blessed them and said to Mary his mother, “Behold, this child is destined for the fall and rise of many in Israel, and to be a sign that will be contradicted –and you yourself a sword will pierce– so that the thoughts of many hearts may be revealed.”

There was also a prophetess, Anna, the daughter of Phanuel, of the tribe of Asher. She was advanced in years, having lived seven years with her husband after her marriage, and then as a widow until she was eighty-four. She never left the temple, but worshiped night and day with fasting and prayer. And coming forward at that very time, she gave thanks to God and spoke about the child to all who were awaiting the redemption of Jerusalem.
When they had fulfilled all the prescriptions of the law of the Lord, they returned to Galilee, to their own town of Nazareth. The child grew and became strong, filled with wisdom; and the favor of God was upon him.

Sister Sandra Araújo dos Santos was born on March 23, 1977 in the State of Maranhão, Brazil. Her parents are farmers and for this reason, looking for land, they migrated to the State of Pará. In Maranhão, it is too hard to get land. In Anapu, Pará, Sandra got to know the Sisters of Notre Dame de Namur. The first Notre Dame Sister that she met was Sr. Dorothy Stang. This happened as soon as her family arrived in Anapu. Then, as Sandra grew up, she participated in the events held by the Sisters of Notre Dame. In 1995, she began to live with the Sisters and became a postulant in 1997. She made her perpetual Vows as an SND in January 2008. Now, Sr. Sandra lives in São Luis in an SND community with Sisters Anne Wihbey, Maria de Jesus Borges Costa and Maria Vagner Souza Silva. She dreams of a world where all God’s children will be able to live with dignity.

Feast of the Presentation of the Lord 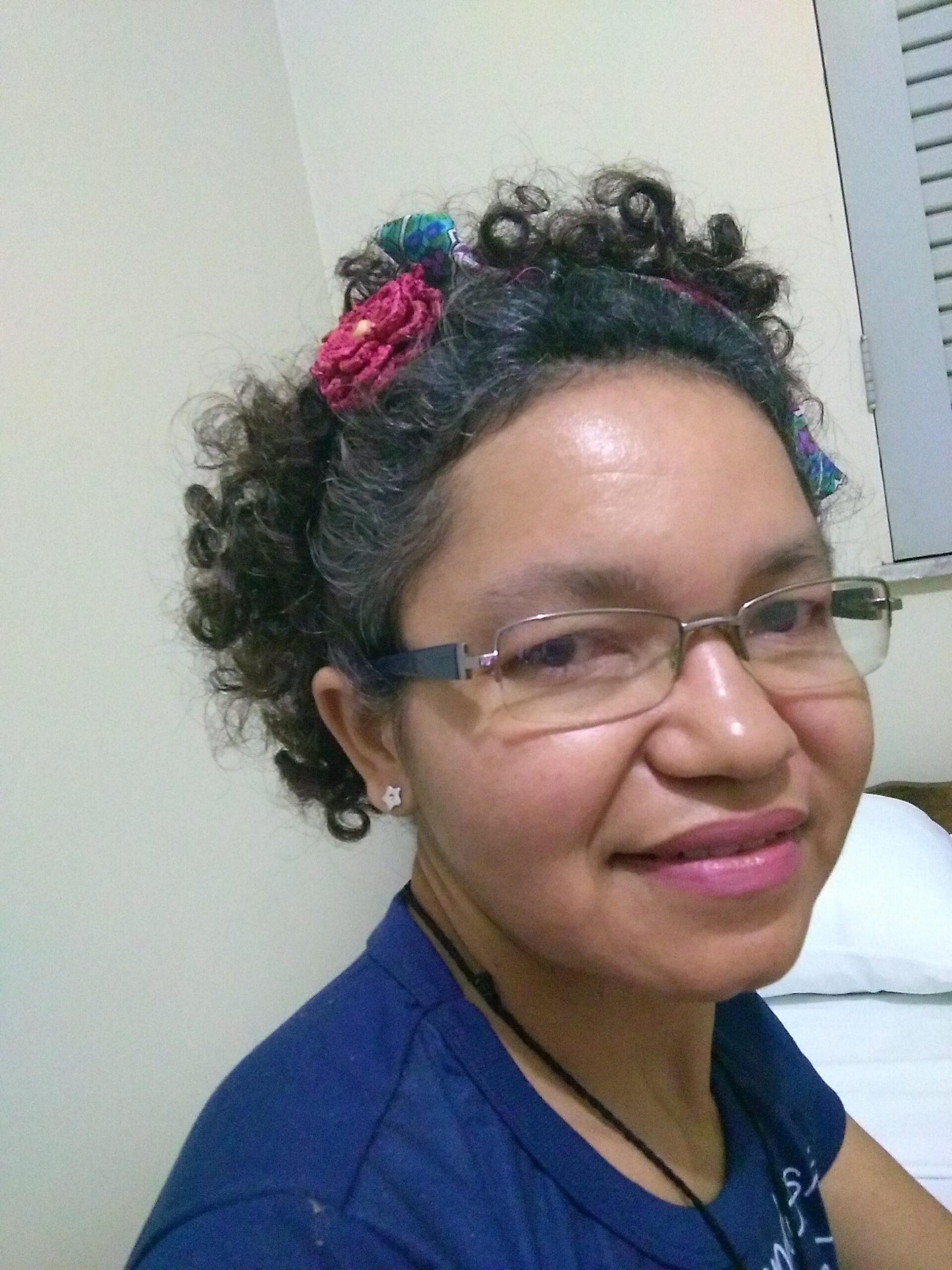