Oh Blessed Beginning! “Lent” = “Springtime”: a time for another walk with Jesus, another glimpse into His Gift of the Spirit, and a renewed awareness that in any form of Satan’s temptation, we do not stand alone. Jesus is with us, freeing us from any nearby beasts and blessing us as He was blessed by angels!

When I think of a possible desert that faces us and tempts us today, I am somewhat overcome by our newly fashioned pandemic. Who could ever have imagined the length of its lingering, or being stuck inside our homes for days and weeks at a time, or being so un-free to come and go, and being able to wonder and only to wander in our imaginations? Who could ever have predicted the number of early deaths that would send loved ones to their heavenly homes?

Remembering these deserts of our time as well as our scripture desert of today’s gospel, I’d like to share some deepened thoughts of past scholars:

St. John Chrysostom: The Spirit drags Jesus into the desert since Jesus wanted to draw the devil there, knowing that the devil attacks when he sees people isolated by themselves.

Mary Healy: As Adam and Eve were driven out of the garden, Jesus is driven out into the desert.

Rev. Francis Moloney, SDB: In the Genesis story Satan’s victory over Adam led
to hostility and fear. In the Markan story that situation is reversed. He is with
the wild beasts. Jesus’ coming has restored the original order of God’s creation.

Rev. John Justus Landsberg: The Lord desires his disciples to find comfort in his own example. Reading in the Gospel that Christ too was tempted by the devil immediately after he was baptized, they will not grow fainthearted in their own temptations.

As we ponder the experts and their shared blessings, we perhaps will find special solace in the words of a favorite hymn: Spirit Seeking Light and Beauty.

Spirit Seeking Light and Beauty
Heart that longest for thy rest,
Soul that asketh Understanding,
Only thus can ye be blest:

Taste and see Him, Feel and hear Him,
Hope and grasp His unseen hand.
Though the darkness seem to hide Him,
Faith and Love can understand.

Through the vastness of creation
Though your restless thoughts may roam,
God is all that you can long for.
God is all His creature’s home.

The Spirit drove Jesus out into the desert, and he remained in the desert for forty days, tempted by Satan. He was among wild beasts, and the angels ministered to him.
After John had been arrested, Jesus came to Galilee proclaiming the gospel of God: “This is the time of fulfillment. The kingdom of God is at hand. Repent, and believe in the gospel.”

“You show me the path for my life, in your presence the fullness of joy …” Psalm 16, verse 11 The seed of Edna Maier’s desire for religious life was planted early on in her childhood. She thought when she entered the convent immediately after high school that it was a “fait accompli” that she would eventually teach French in high school as her favorite SND teachers had done. But that never happened! God’s initial plan for her life was mathematics: first in grade school in Staten Island, next in high school in Norfolk, Virginia and eventually at Norfolk State University, a black college which was seeking at the time more women and more white instructors on the staff. It was 1970 and Sr. Edna looked forward to the challenge. Some of the students from the interfaith group were fascinated at having a nun on the campus and they invited her to be a guest speaker at their weekly meetings. Seven years later, she requested and received permission to be part of a Family Mission Preaching Team which was initiated by Clem Burns, OP. It was a turning point in the path for her life. For twenty years she traveled throughout the United States with the preaching team, giving week-long parish retreats wherever they were invited. Other opportunities for preaching the Gospel emerged as various SNDs encouraged Sr. Edna to write articles for various newspapers. These became a special joy to her since she never thought a mathematician could or should write! Published articles in the Philadelphia Catholic Standard and Times which were reprinted in the Catholic Digest became the prelude to six years of writing columns for two secular newspapers in Virginia. In 1997, when her preaching partner was given a new assignment, Sr. Edna looked for and found opportunities to minister as pastoral coordinator in four priestless parishes in West Virginia and Virginia. The path for Sr. Edna’s life had taken a lovely turn. Finally, in 2005, she felt the call to return to Baltimore, one of the more populated SND centers, so she could be more in touch with sisters in the SND clan. Officially, Sr. Edna is now retired. But as a Maier, she will never be inactive! The path for her life continues to beckon her to new and blessed ways to share the Gospel with God’s people. One of these days you might even find a book by Sr. Edna as she shares her vision of our extraordinary God who speaks in such ordinary ways as he shows us the paths for our lives. 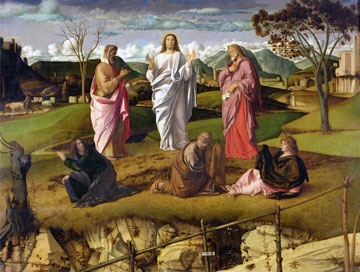 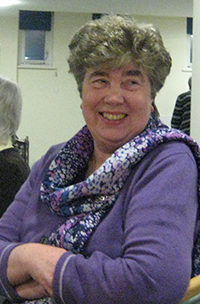