We’ve probably all learned the method of praying the Scriptures by which we read a selection and notice a word or a phrase that stands out for us. As I reflected on this Sunday’s scriptures, I heard again and again the Lord’s words to St. Paul: “My grace is sufficient for you, for power is made perfect in weakness.”

The gospel recounts that when Jesus tried to bring the good news to Nazareth, “…the people took offense at him….So he was not able to perform any mighty deeds there.” As I reflected on the situation in which Jesus found himself in his own town, I realized that it was because he knew the Father was always with him, that he was strengthened to continue his mission even when faced with failure. Surely that was the case in the end, when he found himself crucified for trying to bring news of God’s love to the people of his time.

So many of today’s realities reveal that the message of God’s love has not penetrated in so many places and among so many people. Here in the United States, as we celebrate “freedom” on this day, we fear forces that would deprive many groups of people that freedom. We have seen the extreme opposite of love take over in many lives. And we know we are not alone in this, as news from around the world tells of the same violence, corruption, disregard for human life, especially if persons look or believe differently than those who have destructive power.

And we Sisters of Notre Dame de Namur feel our weakness. In the Global North we are faced with our physical weakness, our diminishing numbers, and the seeming inability to make significant change in our country. As well, those of us in the Global South face some of the same realities as well as many others which limit the ability of people to thrive.

And at the same time, we have the memory of Julie and Francoise, the memory of Dorothy Stang. We have the knowledge of what our Sisters in Africa and Latin America are facing with great courage, hope, and action. We see what some of us in the northern units are still doing – some even in advancing years – to bring the message of God’s love, proclaimed in the life of Jesus. Can we really believe that “our power is made perfect in weakness” because just as the Father was always with Jesus, so God is with us.

With our wonderful heritage, a company of Sisters and other committed individuals around the world, and convinced of God’s power with us, we are strengthened to continue Jesus’ mission to proclaim the goodness and love of God, even in our weakness.

Jesus departed from there and came to his native place, accompanied by his disciples. When the sabbath came he began to teach in the synagogue, and many who heard him were astonished.

They said, “Where did this man get all this? What kind of wisdom has been given him? What mighty deeds are wrought by his hands! Is he not the carpenter, the son of Mary, and the brother of James and Joses and Judas and Simon? And are not his sisters here with us?” And they took offense at him.

Jesus said to them, “A prophet is not without honor except in his native place and among his own kin and in his own house.” So he was not able to perform any mighty deed there, apart from curing a few sick people by laying his hands on them.

He was amazed at their lack of faith.
The Gospel of the Lord

Born in Brooklyn, New York, Edithann met the Sisters of Notre Dame in Washington, DC when her father was stationed there. From 5th to 12th grade, the SND’s were the primary influence (after her family) on her life. Edithann entered the community at Ilchester, Maryland on September 2, 1962 and made her final vows on November 6, 1971. Her first assignment took her to Huntingdon Valley, PA where she taught junior high students for five years. In 1972, Edithann was asked to intern with the Province Secretary and assumed that position the following year until 1978. After a short time at NETWORK, a Catholic Social Justice Lobby founded by Sisters, and a year of study in Adult Education, Edithann spent the next six years in community administration, primarily as Director of Formation. She then took a position with the Archdiocese of Baltimore as Administrative Assistant in the Office of Planning and Council Services. In 1999, she was offered a position as Assistant to the Eastern Vicar, an Auxiliary Bishop in the Archdiocese, which she filled until she was elected to leadership in the Chesapeake Province in 2002. Following two four-year terms, she enjoyed a very restful sabbatical, during which she began preliminary work on a history of the Notre Dame Mission Volunteer/AmeriCorps Program. After two years at Notre Dame Mission Volunteers and a year as General Chapter Coordinator, Edithann now enjoys part-time volunteer service in the Tri-Province Development Office located in Stevenson, Maryland. Edithann is blessed with two younger sisters. Thanks to them, there are also six nieces and nephews as well as six great nieces and nephews! She currently lives at Villa Julie Residence in Stevenson, Maryland. 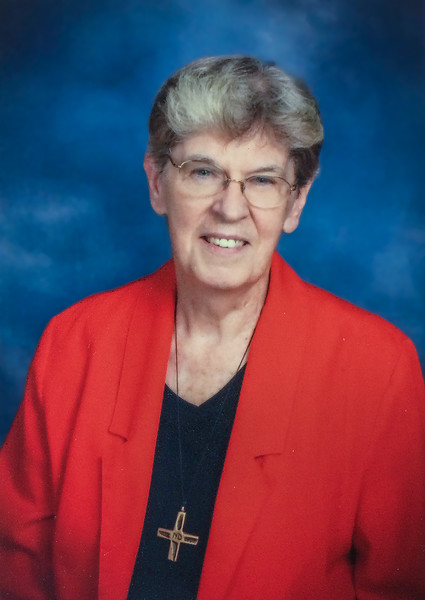