In this Gospel reading we see Jesus as the teacher – and how the mood of a crowd can change totally within seconds.
Jesus was teaching in his home place – and that is always a situation which can be difficult. We hear, ‘But this is Joseph’s son!!’ So they are saying, ‘How can he teach like this?’ But Jesus continues to teach, despite the muttering which increases and becomes more critical. Then those who are opposed to Jesus use the occasion to whip up more feeling against him. The critics continue to encourage anger in the congregation so that they can prevent Jesus from preaching which – in their eyes – is reducing the power of the synagogue with the people of the place. Then the whole assembly take Jesus and bring him to the top of the local hill and intending to kill him and prevent his teaching. But – Jesus ‘slipped through the crowd and walked away’. No fuss, no recriminations, simply walk away. It sounds simple but that walking away was unobserved by his enemies. How did it happen? That is not the point of the account.

We are so often part of a ‘crowd’, usually not a large crowd, but it does not take numbers to bring conflict of one type or another. There are times to be reactive and times to walk away. It can be hard to decide which is the better option. We pray that we can discern wisely.

Jesus began speaking in the synagogue, saying: “Today this Scripture passage is fulfilled in your hearing.” And all spoke highly of him and were amazed at the gracious words that came from his mouth. They also asked, “Isn’t this the son of Joseph?”

He said to them, “Surely you will quote me this proverb, ‘Physician, cure yourself,’ and say, ‘Do here in your native place the things that we heard were done in Capernaum.’”

And he said, “Amen, I say to you, no prophet is accepted in his own native place. Indeed, I tell you, there were many widows in Israel in the days of Elijah when the sky was closed for three and a half years and a severe famine spread over the entire land. It was to none of these that Elijah was sent, but only to a widow in Zarephath in the land of Sidon. Again, there were many lepers in Israel during the time of Elisha the prophet; yet not one of them was cleansed, but only Naaman the Syrian.”

When the people in the synagogue heard this, they were all filled with fury. They rose up, drove him out of the town, and led him to the brow of the hill on which their town had been built, to hurl him down headlong. But Jesus passed through the midst of them and went away.
The Gospel of the Lord.

Mary O’Brien was educated at Notre Dame High School Manchester. She entered the Sisters of Notre Dame de Namur at Ashdown, England, in 1962. After her religious profession in 1965, she was missioned to Liverpool to teach in Notre Dame Collegiate School, Everton Valley and then in Notre Dame High School, St. Helens. Then, back in Liverpool, she spent ten years in Notre Dame High School Woolton which, on reorganization, became St. Julie’s High School, Woolton. Sister Mary went to Kenya in 1992 where she taught for some years, and made many contacts. She was then engaged in ministry and administration in the Kenya Province until 2018 when she returned to the British Province. She is a member of the Childwall (Liverpool) community and has an interesting part-time job in the Province Archives. 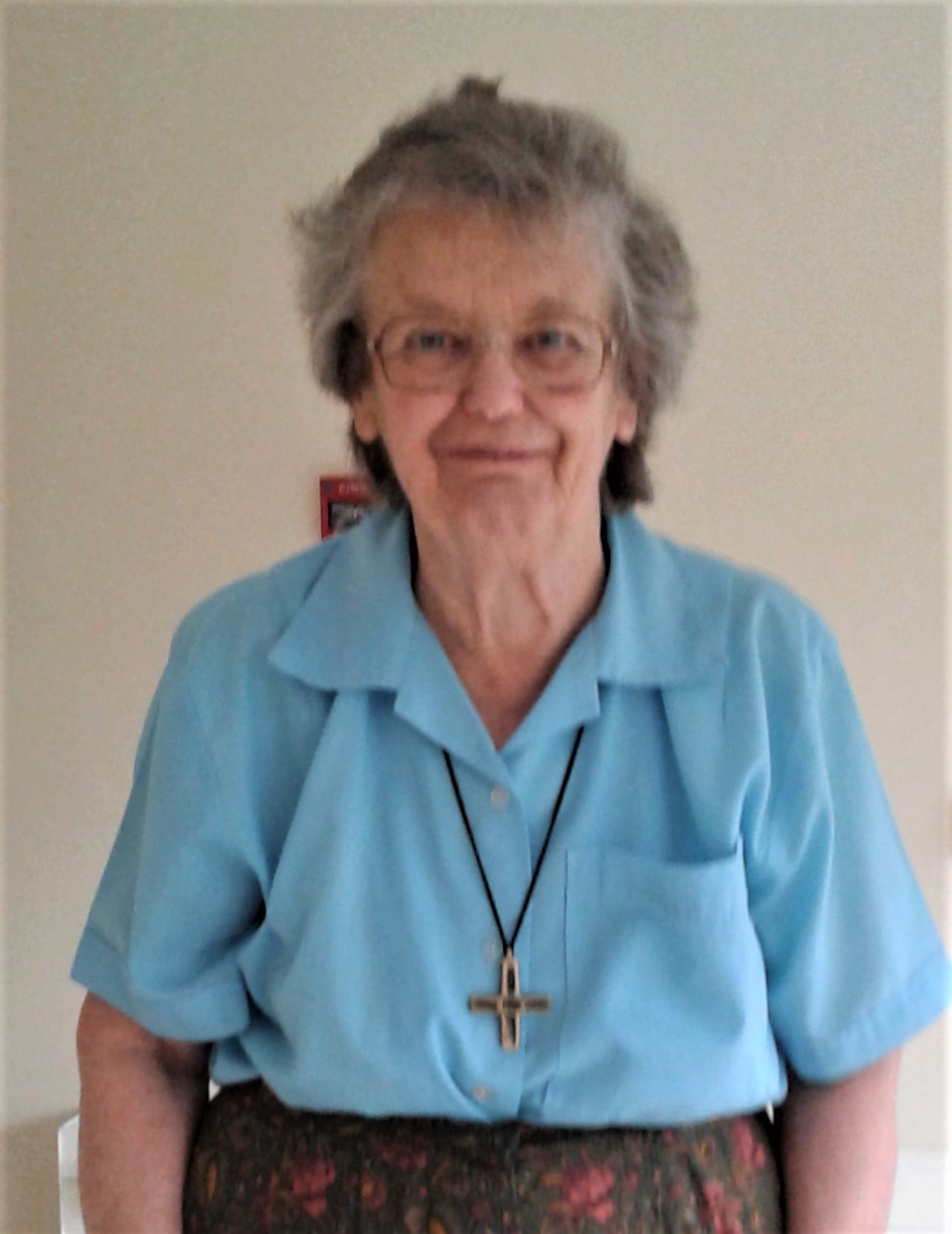