Reaching the Borders for Refugee Women and Children

During more than 200 years as a Congregation, we, Sisters of Notre Dame de Namur have been and are a strong presence in service to immigrants and refugees around the world. In the United States, with an increasing persecution of immigrants living in this country and the denial of entry to asylum seekers, our Sisters search for new ways to help peoples suffering under inhumane US immigration policies. The CARA Pro Bono Volunteer Project, established by the Catholic Legal Immigration Network (CLINIC) with 3 other immigrant advocacy organizations provides a new opportunity to serve immigrant peoples. 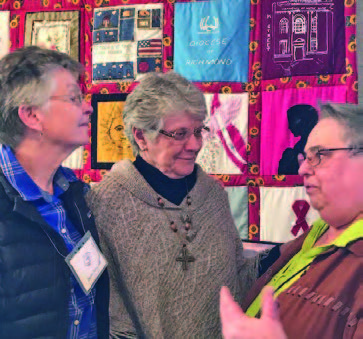 In 2017, three of us, Sisters Denise Curry, Mary Alice McCabe and Therese (Tracy) Dill spent a week as CARA Project volunteers in Dilley, Texas at a “Family Residential Center,” under US Immigration and Customs Enforcement (ICE). This privately-owned facility houses 2,400 refugee women and children. It is a detention center, filled to capacity with mothers and their children, fleeing from persecution in El Salvador, Honduras and Guatemala. These mothers make this dangerous flight toward the US border in a desperate attempt to protect their children from violence and even death. In fact, these innocent women and children entering the USA find themselves in a prison which treats them like criminals and terrorists.

The CARA Project offers sensitive and compassionate legal assistance to these families. Spanish-speaking mothers prepare for interviews with ICE asylum officers in which they tell their distressing stories of persecution from either gang-related or domestic violence. As volunteers, we found a number of ways to help at the center. As interpreters in Spanish, we gave in-take talks for helping the women to understand the steps and to feel relaxed and safe in this asylum process. Meeting with each woman individually, we listened to her story and assisted her in preparing for her interview with an ICE asylum officer. We also assisted with the office work that needs to be done in order for the CARA lawyers and paralegals to provide legal services for the women.

To serve the increasing numbers of asylum seekers at Dilley, the Project needs more volunteers: lawyers, paralegals and interpreters. Volunteers meet hundreds of mothers and children, thin, exhausted, and frightened, who have been walking and hiding for weeks. The women and children remain in detention in Dilley until ICE determines their fate. In the interview, the ICE asylum officer listens to the woman’s experience and decides whether or not the persecution in her country of origin is “credible” enough under US immigration law to allow her to seek asylum and stay in the US. The woman must tell her story of having been terrorized and traumatized, in a convincing manner. She must show that she has fled for her life and that return to her country would mean death. The stories are very disturbing: gangs kill family members, kidnap children, force men and teenage boys into gang “membership,” extort monthly payments from well-off and poor alike, abuse and rape girls. In domestic violence cases, women are beaten, treated as property, held captive, and receive death threats. 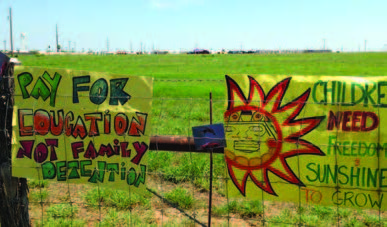 In El Salvador: There is a knock on Marta’s door. A gang member demands: “We need your daughter to sell drugs for us. You have a day to decide.” Marta knows that weeks before, a neighbor’s son who refused a similar demand ended up dead. Marta’s brother who also refused recruitment was killed 2 years ago by the same gang. So Marta and her 13 year old daughter quickly pack and flee, before sunrise, toward the Mexican-USA border in a desperate hope to plea for asylum in the USA.

In Guatemala: Brenda hears that strange men in a black car are kidnapping little girls at the door of the local schoolhouse in the remote area of Guatemala where she lives. Mothers are frantic and the police do nothing to help. Brenda, a single mother, decides she has no choice but to flee with her little girl. She faces the dangerous flight to the Mexican-USA border and asks for asylum.

In Honduras: Manuel, a 15 year old, is forcibly recruited into a gang but manages to escape a few weeks later and go into hiding. The gang threatens to kill his mother, Carla, if she does not reveal his whereabouts. Carla’s family tells her to flee for her life. Within days she is on her way north to the border, with Manuel, when they get the horrifying news that her house had been burned down.

Future For Women And Children

A week with these mothers and children is an experience that shakes  one’s heart and soul in a unique way. We meet brave women from both cultures: Central American women struggling against all odds to protect their families, and North American women, volunteers, pro bono lawyers and our own Sisters committed to social justice and basic human rights for immigrant families. At this time, more Sisters of Notre Dame de Namur are preparing for volunteer service at this detention center in Texas during the current year 2018. 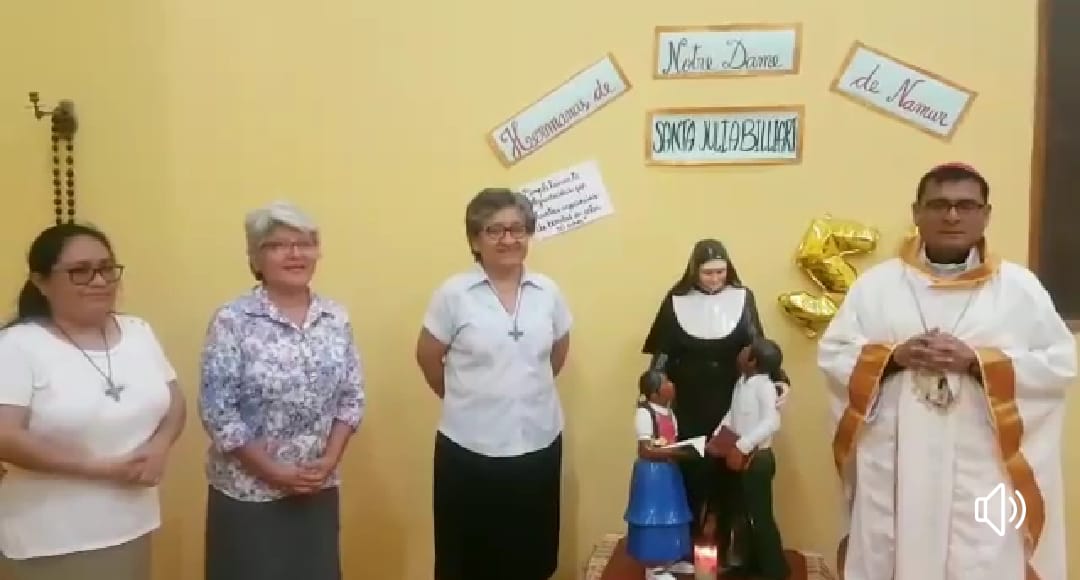 GOD’S FAITHFULNESS FOR 50 YEARS OF SNDdeN PRESENCE IN PERU