“Hail, holy Mother! The child to whom you gave birth is the King of heaven and earth for ever.” – Entrance Antiphon
The readings of the feast of Mary, Mother of God retell interludes in the story of the coming of Jesus in Bethlehem. She is blessed: May the Lord bless you and keep you. May the Lord let his face shine upon you and be gracious to you. The shepherds astonished the bystanders as they told what had been said to them – and Mary treasured all these things and pondered them in her heart.

The feast of Mary, the Mother of God may be an opportunity to reflect on the times that Mary did just that – treasured and then pondered in her heart. She had so much and so many occasions when she pondered and treasured that which had occurred. Her example is there for all to reflect upon and to begin to come to a realisation of the gift of Mary’s motherhood to all Christians.

Christmas can be a very hard time for some people – those recently bereaved, those who are struggling to feed their families, those who are lonely ……. – we can all add to that. Mary pondered in her heart – perhaps this is an occasion to take time to ponder the mystery of the feast and to appreciate the gift of the Motherhood of Mary.

The shepherds went in haste to Bethlehem and found Mary and Joseph, and the infant lying in the manger. When they saw this, they made known the message that had been told them about this child. All who heard it were amazed by what had been told them by the shepherds.
And Mary kept all these things, reflecting on them in her heart. Then the shepherds returned, glorifying and praising God for all they had heard and seen, just as it had been told to them.
When eight days were completed for his circumcision, he was named Jesus, the name given him by the angel before he was conceived in the womb. 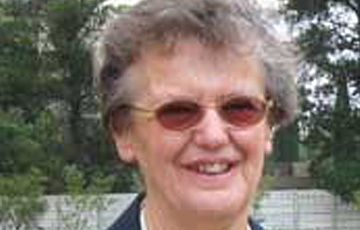