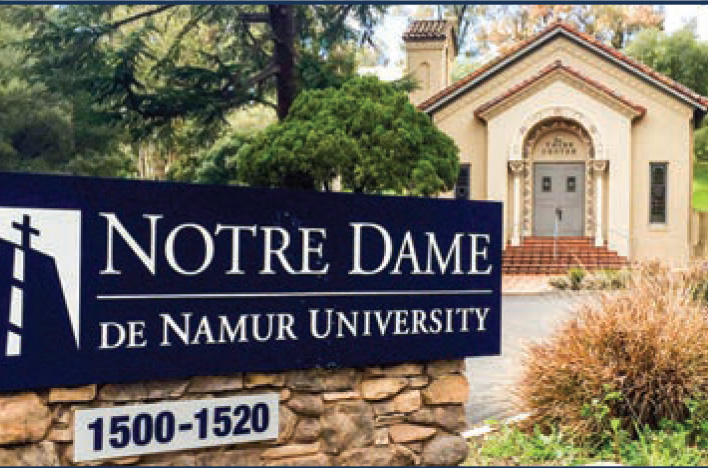 By Sr. Jean Stoner, SNDdeN, Chair of the NDNU Board of Trustees

Recently, the software company, SurveyMonkey, announced a name-change to “Momentive.” They have crafted “a big bold vision for the future,” and the new name “gives a fresh page on which to tell that story.” They intend to keep their core values, focus on diversity, equity, and inclusion, and commitment to success. 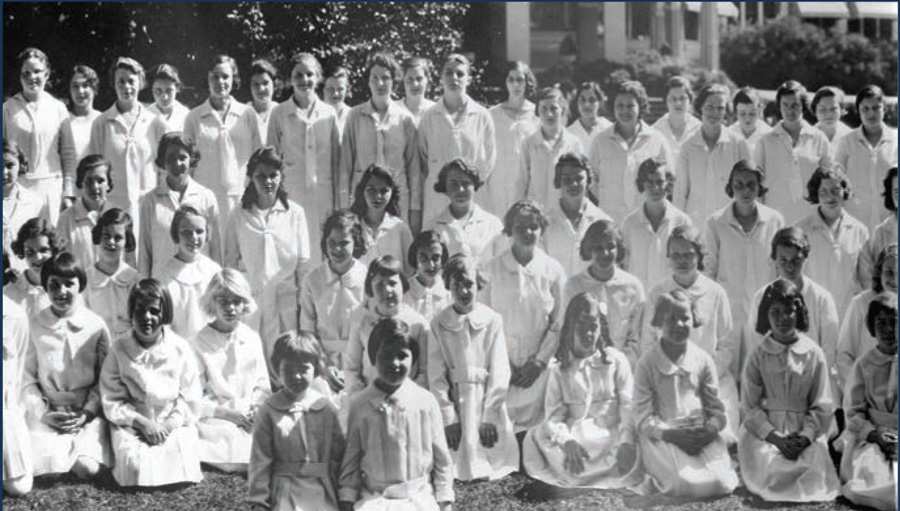 In 1926, all students on the Belmont Campus gather in front of Ralston Hall to celebrate the 75th Anniversary of the arrival of the Sisters in California (1851). (Photo: Courtesy of SNDdeN CA Archives)

Another way to describe this moment in time for the NDNU learning community is to say that we are boldly crossing a threshold into a new future. We are understandably anxious about the daunting steps we have before us, but we have crossed over thresholds before. The founding Sisters of Notre Dame de Namur established a pioneer foundation in Oregon in 1844, only to pull up stakes seven years later, move to California, and begin a new educational effort in San Jose. Then, in 1923 they created another version of Notre Dame by moving the elementary school, high school, and college boarders en masse to Belmont, leaving the day students in San Jose. Notre Dame de Namur University, Notre Dame High School Belmont, Notre Dame High School San Jose, and Notre Dame Elementary School Belmont all descend from that original 1851 San Jose foundation.

Earlier still, Saint Julie herself crossed a threshold by moving her whole community from its birthplace in Amiens in France to a new permanent home base in Namur in what is now Belgium. Why did the Sisters cross these life-changing thresholds? Because, in every case, the choice to remain where they were offered no possibility or promise of their efforts being able to flourish. That is the same reason NDNU last year gathered up wisdom gleaned over years of discernment and consultation, crossed over a major threshold, and embarked on a new path. 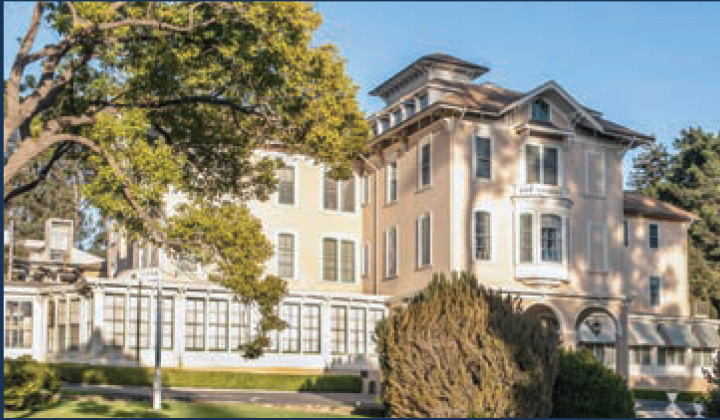 One of the decisive and signicant actions the NDNU Board of Trustees took was to move to monetize the property in order to provide the resources needed for a sustainable future for NDNU. They created a partnership with nearby Stanford University, giving Stanford the option to purchase the property within the next few years. When the sale happens, NDNU and Stanford will operate independently of each other and share the beautiful campus. The potential transaction supports NDNU’s ongoing transition to a primarily graduate university while providing Stanford wit additional space to support its people and programs. Historic Ralston Hall and unique Cunningham Chapel, in which every stained glass window features a woman, will continue to be highlights of the campus.

NDNU has a proud history as the third oldest college in California and the first college in the state authorized to grant the baccalaureate degree to women. e Sisters of Notre Dame de Namur have a legacy of embracing changes that make new things possible. NDNU honors the caretakers of this land before the Sisters arrived in 1923, the Ohlone people as well as notable families such as Ralston and Cipriani. NDNU has secured its future by finding the potential next owner for this property. This will provide resources for many new opportunities to continue the Sisters’ legacy of higher education rooted in the values of social justice and global peace.