Sometimes we need to hear a bit of Good News 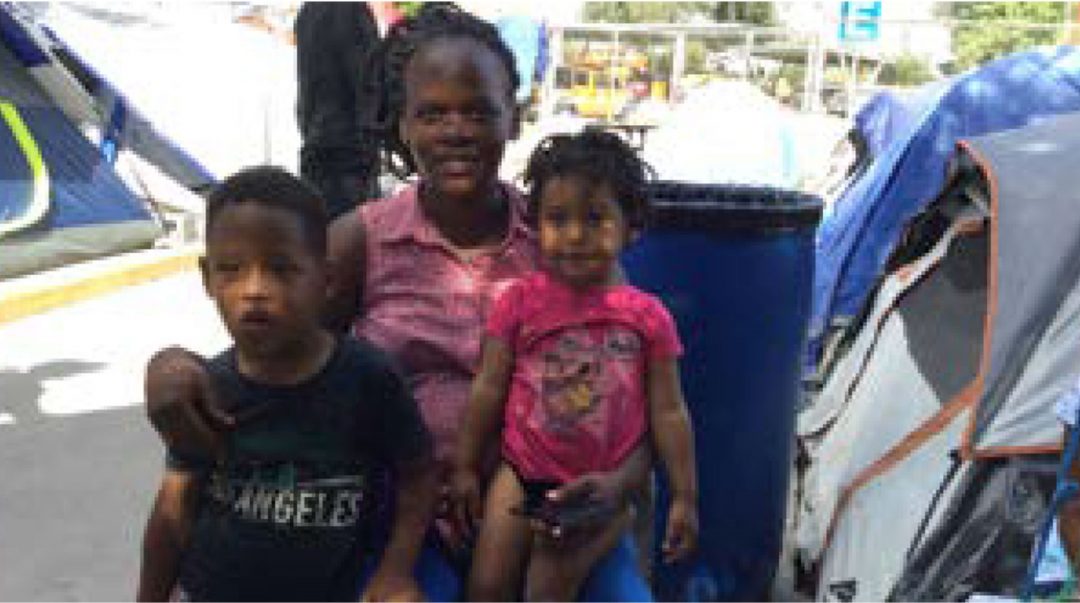 On Tuesday, my first day in Matamoras, Mexico, I wandered among the many tents pitched along the international plaza and came upon a sole African woman sitting on the cement sidewalk near the Federal Mexican Immigration building. I introduced myself and said hello. Her first pleading words were” I only speak English!” to which I replied “that’s all I speak also.” She sat there waiting for her number from the officials in the Federal building. Over the course of the next few days, I heard her story.

Sham is from Uganda where her husband is in jail (not certain why). She is 8 months pregnant with a child conceived by rape. She has 2 children – Trey, a rambunctious 4- yearold boy and Jasmine, a darling typical 2-year-old toddler with a gorgeous smile. Sham and her children traveled from Uganda to Ethiopia, to Belgium, to Argentina, and came through Mexico where they are now detained. Eventually, I discovered she has a sister in Des Moines, Iowa – her desired destination.

Like so many of the asylees, she and her 2 children live in a small tent near the international bridge. She had a friend in a neighboring tent – although language barriers were difficult. On Wednesday, I spoke to Charlene, the recently arrived attorney from Lawyers 4 Good Government, about Sham’s story and her isolation of language and ethnicity. Charlene met with her on Thursday. Gerry watched Jasmine, “crying for her Mom” in the Resource Center waiting room. I watched Trey outside since he fought with the other children in the Center. I realized Trey’s known aggressive behavior came out of frustration. He so tried to be the “man” of the family in caring for his Mom, yet frustrated with an inability to communicate. He spoke his local African language, a bit of English since too young for school and learned some Spanish words during his 2.5 months at the camp.

On Friday, Sham told us they might leave the camp sometime next week. Some hopeful news! On Saturday, we needed to find Sham for a medical appointment. Success came quickly, but then discovered the doctor only spoke Spanish. Luckily, an English translator was found. Once again, Gerry and I were the abuelitas (the little grandmothers as the people called us) for Trey and Jasmine. Following the exam, Charlene met with all of us. She told Sham to go pack her things, wait at her tent and someone would be there in 1-2 hours to walk her over the bridge! What amazing news from Tuesday to Saturday. I was not quite certain how it all came to be. Diapers, powdered milk, clothes and socks filled the suitcase and the children’s backpacks. Mom had a winter coat (it was quite cold in Matamoras), but the children only had their sweaters. We said goodbye as they sat at their tent ready to go like Israelites leaving Egypt hoping to enter their promised land in the United States.

It was not until the following Thursday when Gerry was able to get back to the Resource Center in Matamoras that we learned they entered the United States on that Saturday and are probably in the USA at this writing.

Good News for one small family to start a new life after a very long journey. God is so good.

Sometimes we need to hear a bit of Good News 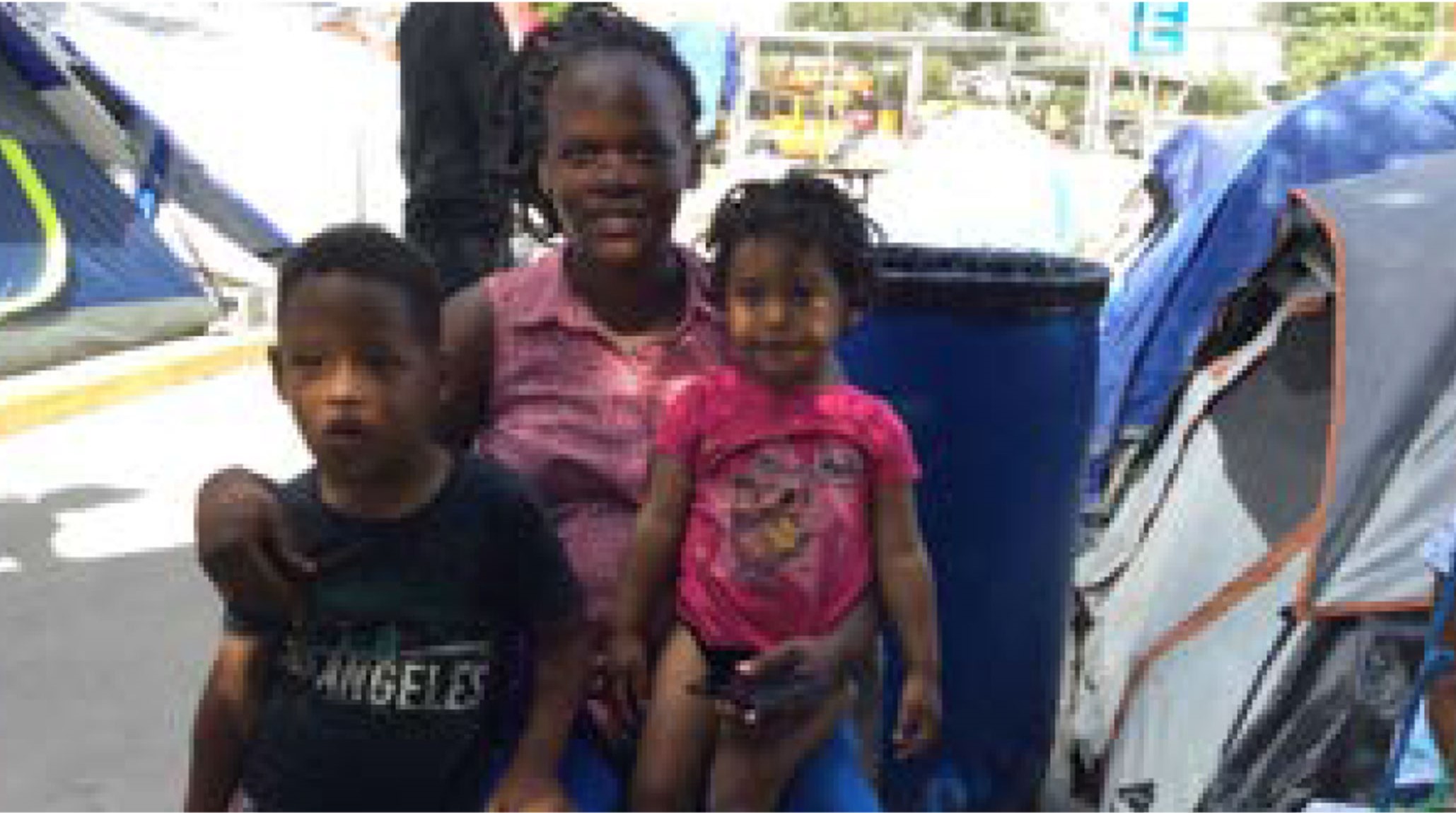