“Stone is shaped, wood is carved, cloth is cut, and character must be formed.” (Found in “Remembering God’s Goodness” for 6 October.)

This quote from one of Saint Julie’s Letter (Letter 1, 379) came to mind as I reflected on the passage from Matthew 4: 12-23.  This was the work Jesus was taking on as he began his public life and gathering the followers around him who would help him do his ministry, particularly about the formation of character.

Just after Jesus was taken to the wilderness to be tested, he returned to be shocked with the news that John the Baptist had been arrested. This provoked his move from Nazareth to the lakeside village of Capernaum.  And so, Jesus took up John’s work.

Now was Jesus’ time to call people…to catch men and women instead of perch and bass. As Simon and Andrew dropped everything of their former life, they followed Jesus to meet two other brothers, doing their regular work, James and John.  They, too, responded wholeheartedly.

People, hearing of Jesus, brought people to be healed.  Jesus was amazed at the response.

Sometimes, we can step back and be amazed at what we take on, no matter what “good trouble” results.

In these times of ours, so many good people have been willing to name issues directly, immerse themselves in life-saving work and, at times, suffer for this.

In the next segment of this Gospel, Jesus would call them Blessed, and all heaven applauded… (Chapter 5 vs.8)..”You’re blessed when you get your inside world–your mind and your heart–put right.  Then you can see God in the outside world.”

In this new year of 2023, may our courage hold steady and our resolve not waver.  May we be open to whatever “shaping” we need.

When Jesus heard that John had been arrested, he withdrew to Galilee. He left Nazareth and went to live in Capernaum by the sea, in the region of Zebulun and Naphtali, that what had been said through Isaiah the prophet might be fulfilled:
Land of Zebulun and land of Naphtali, the way to the sea, beyond the Jordan,
Galilee of the Gentiles, the people who sit in darkness have seen a great light,
on those dwelling in a land overshadowed by death light has arisen.
From that time on, Jesus began to preach and say, “Repent, for the kingdom of heaven is at hand.”
As he was walking by the Sea of Galilee, he saw two brothers, Simon who is called Peter, and his brother Andrew, casting a net into the sea; they were fishermen. He said to them, “Come after me, and I will make you fishers of men.” At once they left their nets and followed him. He walked along from there and saw two other brothers, James, the son of Zebedee, and his brother John. They were in a boat, with their father Zebedee, mending their nets. He called them, and immediately they left their boat and their father and followed him. He went around all of Galilee, teaching in their synagogues, proclaiming the gospel of the kingdom, and curing every disease and illness among the people.

Sister Marna Rogers has taught in SND educational settings in Boston, Worcester, Peabody and Hawaii. After studies for specialized schools, she worked on the staffs of Landmark School in Beverly and KaKawis, British Columbia. She also served in leadership for the Boston Province and at the Congregational Level in Rome. Following her time overseas, Sister Marna transitioned to health care ministry in Worcester area and Wakefield, Massachusetts. Currently, Sister Marna is a member of the Assisted Living Community of Notre Dame du Lac in Worcester. 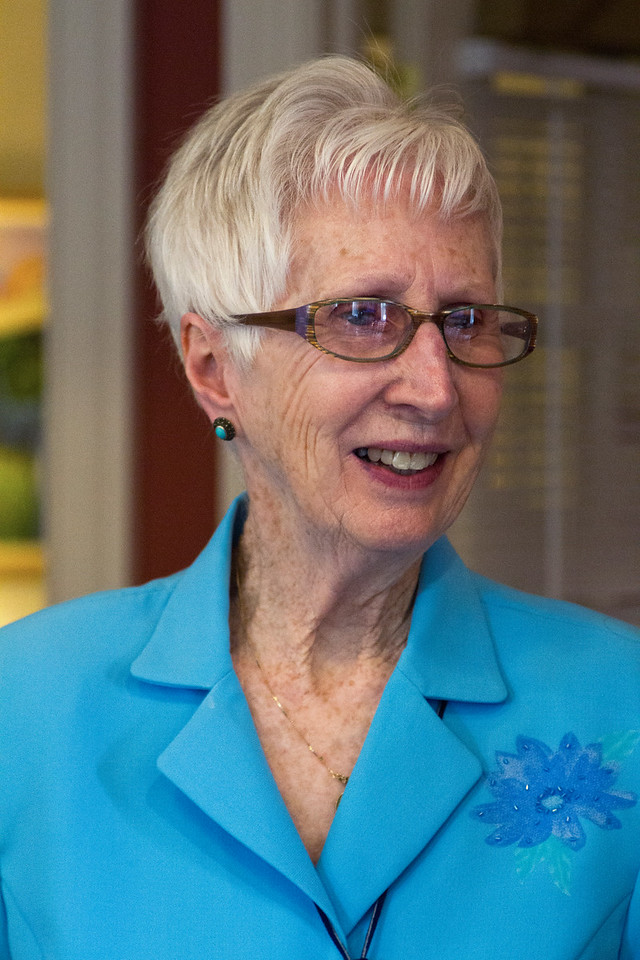