On life’s journey we are blessed at times to experience Jesus’ words framing the events of our days. This reflection flows from the Gospel of today and personal experience. Jesus offers us a commentary on the generosity of the rich scribes and the poor widow. Have you ever met the “poor widow” who gave of all she had? According to scripture commentaries “all she had meant-she had nothing.” I have met such a woman! In the process of sharing the story of the Sisters of Notre Dame de Namur in Africa and Latin America during a mission appeal in Merida, Mexico one such “widow” appeared. Merida is a wealthy area of Mexico located on the Yucatan Peninsula.

This appeal came with the responsibility of passing a wicker basket for the collection that followed. Passing the basket took longer than the appeal. On arriving at the last bench in the church a huge tug was launched on the back edge of my blouse. Turning, my eyes found “the widow” standing there. An elderly Mayan Indian woman dressed in a colorful ribboned skirt and blouse. She was determined to give from all she possessed. She would not be denied her generosity. With a welcoming smile she promptly dispatched her two coins into the collection basket.

Many spiritual writers today suggest that we go deeper within, into the stillness of our being, to find the presence of our incarnate God. One writer calls God the ‘yeast’ of our being. From this deep presence we are asked to live our lives. It is the gift of poor people like the widow to reveal this way of being to us. The example of “the widow” leads me to connect some of the dots of similar experiences of generosity. Living in a barrio on the outskirts of Managua, Nicaragua during the contra war (1985-88). This time allowed me the gift of sharing life with poor people, many of whom were “poor widows” by virtue of a war that redirected the resources of the country from the people to the war effort and took many innocent Nicaraguan lives. Like the widow in today’s Gospel our people had a deeply generous spirit that many a day left me asking, how can they be so generous? It was very apparent that they had nothing. This reflection has allowed me to connect more than the dots of my experiences but also to go deeper to understand somewhat where deep generosity comes from.

In a profoundly simple way poor people show us that having nothing offers us the gift of liberty of spirit, the ability to see God clearly in our brothers and sisters, and to face life’s challenges knowing that God is truly the “yeast” of our being and the hope of our future. This is the wealth that poor people have to offer us, if we are open to contemplating in stillness the movement of God in our lives and in the example of the “poor widows” we meet along the way.

In the course of his teaching Jesus said to the crowds, “Beware of the scribes, who like to go around in long robes and accept greetings in the marketplaces, seats of honor in synagogues, and places of honor at banquets. They devour the houses of widows and, as a pretext recite lengthy prayers. They will receive a very severe condemnation.”

He sat down opposite the treasury and observed how the crowd put money into the treasury. Many rich people put in large sums. A poor widow also came and put in two small coins worth a few cents. Calling his disciples to himself, he said to them, “Amen, I say to you, this poor widow put in more than all the other contributors to the treasury. For they have all contributed from their surplus wealth, but she, from her poverty, has contributed all she had, her whole livelihood.”

Patricia Butler entered Notre Dame on August 1, 1963. She is a graduate of Cardinal Cushing High School in South Boston MA. She has a BA in English and Teacher Education from Emmanuel College. While teaching at St. Mary’s High School, Lynn, Sr. Patricia was accepted into an experimental Interdisciplinary program which included Psychology, Sociology, Anthropology. In 1977, she received a degree of Masters of Arts in Teaching the Behavioral Sciences from Bridgewater State College. From 1979 to 1984 she was a member of the Administrative Team at Cardinal Cushing High School in South Boston, MA. After 17 years of teaching/administration in the Archdiocese of Boston Schools, Sr. Patricia ministered for the next 22 years in Congregational Service. First, she was a member of Project Nicaragua for the Sisters of Notre Dame de Namur (SNDdeN), in Nicaragua. Subsequently, in the early 1990s, she became the SNDdeN Director of the International Office for Africa and Latin America and then served as SNDdeN Director for the Congregational Office of Mission Support, until 2006. From 2006-2018 she ministered with the Holy Union Sisters, a small congregation founded in Douai, France, as their US Province-Mission Advancement Director. 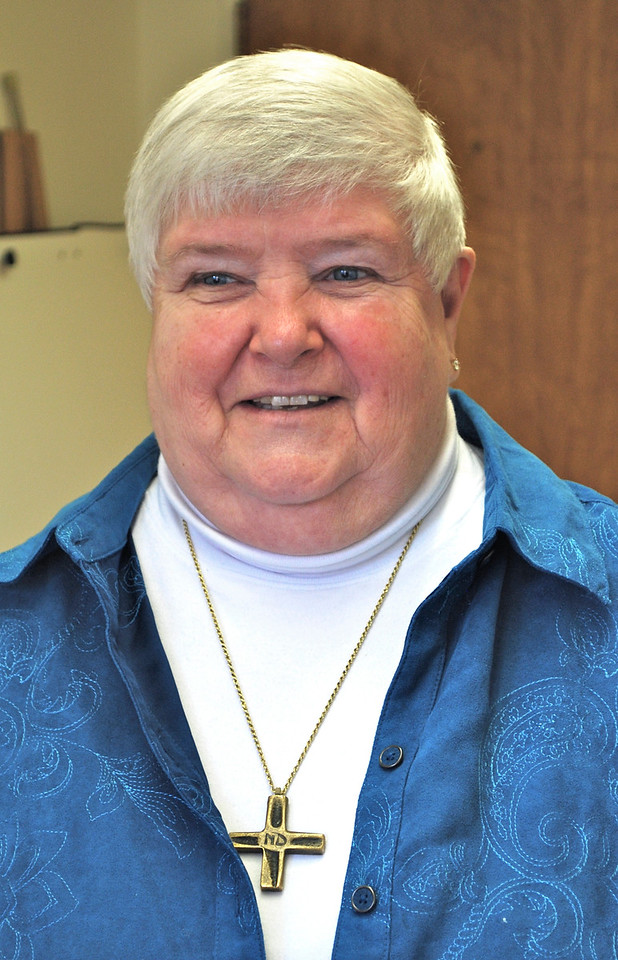