WHAT DO WE WHISPER ABOUT?

The opening lines of today’s Gospel certainly capture our attention: “Nothing is concealed that will not be revealed, nor secret that will not be known” even to the point of being “proclaimed from the housetops.”

Before breaking open this Scripture passage, I make a clear distinction between ‘secrecy’ and ‘confidentiality.’ Appropriate confidentiality has to do with integrity and a moral code of ethics that respects boundaries, breeds healthy attitudes and behaviors, and encourages accountability. Confidentiality builds up the community and strengthens relationships.

Secrecy fosters fear, anxiety, mistrust, gossip, and dysfunction within a group. It destroys accountability, creates an ‘in’ group, it gives space to untruths and hampers the heath of the community. Secrecy produces victims who have no way of addressing their inherent integrity. Consequently, secrecy tears the fabric of the community and destroys relationships. It blocks the community’s ability to come before God and allow the Spirit to move in their midst.

It is the sickness of secrecy (not confidentiality) that I believe Jesus is challenging us with in today’s reading from Matthew.

In the times that the historical Jesus lived among us, there was much he did not know, but one thing is sure, he did know and understand human nature and power. He was aware of people going into whispered conversations to fabricate and distort stories and incidents so as to maintain pseudo power and control. He knew too well the false façades behind smiling faces, welcoming postures and seemingly profound questions that were put to him.

Jesus knew fear, and he knew what being an outcast felt like, and he knew the suffering of a broken spirit. Accepting these feelings within himself allowed him to tell the Twelve towards the end: “Fear no one,” and watch that you do not fall into the trap of secrecy.

In our world and lives today, fear is real, tangible and the results are devastating. We are witnessing things that are said in secret meetings in boardrooms of corporations, chancery offices, and in secret political spheres of influence. These secrets are causing chaos, violence and the destruction of the human spirit. We notably see its devastating influence on our brown and black brothers and sisters in their immigration/refugee struggle, in the lack of access to clean air and water, unaffordable healthcare, poor quality education resulting in the school to prison pipeline, our current state of unemployment, which businesses received the stimulus checks, and who has been disproportionately impacted by Covid-19 and so much more. This is what fear and secrecy breeds.

But in our world today, we are also witnessing the rising up of those who believe “Fear no one.” People on the face of this planet are beginning to see the fruits of secrecy and are no longer willing to tolerate keeping silent.

In the light of today’s Gospel, what does all this mean to us?
– those whom we may have tried to destroy by our gossip are cherished beyond belief
– those who may have been mis-judged or maligned are worth so much more that what was said about them
– those who we think deserve brutality and torture inflicted upon them do not understand mercy

We begin each day anew, not in fear but with tremendous hope; in hope that when things said in secret are shouted from the housetops that we will wearing our hearing aids! But most especially we live in hope because we profoundly believe that, in God’s goodness, every human being is worth and cherished so much more than the gentle sparrow.

Jesus said to the Twelve:
“Fear no one.
Nothing is concealed that will not be revealed,
nor secret that will not be known.
What I say to you in the darkness, speak in the light;
what you hear whispered, proclaim on the housetops.
And do not be afraid of those who kill the body but cannot kill the soul;
rather, be afraid of the one who can destroy
both soul and body in Gehenna.
Are not two sparrows sold for a small coin?
Yet not one of them falls to the ground without your Father’s knowledge.
Even all the hairs of your head are counted.
So do not be afraid; you are worth more than many sparrows.
Everyone who acknowledges me before others
I will acknowledge before my heavenly Father.
But whoever denies me before others,
I will deny before my heavenly Father.”

After serving 8 years in ministry in Washington DC at Pax Christi, USA as Director of Programs Anne Louise is currently ministering on a bi-racial team facilitating, consulting and presenting anti-racism workshops to religious congregations of women and men in the United States. Prior to that, Anne-Louise was Case Management Supervisor at My Sister’s Place Women Center, a day shelter for homeless women and children in Baltimore City, Maryland. She spent many years in higher education as campus minister, counselor, Director of the Personal Counseling Center and as Associate Dean of Students at Sacred Heart University, Bridgeport, CT. She also served on the Connecticut Leadership Team and continues to be co-coordinator of the SND/USA Anti-Racism Team. 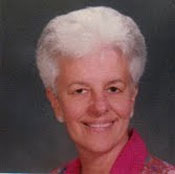