When I realized I had chosen this passage for Glimpses, my first reaction was, “Ugh! What was I thinking? … Jesus casting fire/bringing division/ three against two/ two against three… Yikes! …Help!”
Help came from a line from Flannery O’Connor. When she was asked why she used such jarring images in her writings, she responded, “To the hard of hearing you shout, and to the almost blind you draw large and startling figures.”

Of course, Jesus, how else are you going to get our attention without, at times using, arresting imagery? We who have settled into a pattern of comfort, ease, control, often hard of hearing or almost blind to the immediate needs within us and around us.

I then felt drawn to the line, “I came to set the earth on fire,” arresting imagery for sure! Fire one of the essential elements of life; only possible when a trinity of elements come together: oxygen, heat and fuel… My mind went immediately to the Trinity: the oxygen of the Spirit… the heat of Christ… the fuel of the Creator… Breath, Energy and Love…

Are we not being invited to catch Fire?

Jesus said to his disciples:

“I have come to set the earth on fire, and how I wish it were already blazing! There is a baptism with which I must be baptized, and how great is my anguish until it is accomplished! Do you think that I have come to establish peace on the earth? No, I tell you, but rather division. From now on a household of five will be divided, three against two and two against three; a father will be divided against his son and a son against his father, a mother against her daughter and a daughter against her mother, a mother-in-law against her daughter-in-law and a daughter-in-law against her mother-in-law.” 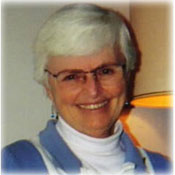 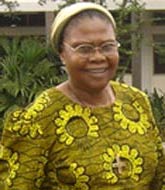