At the end of His teaching on “the Bread of Life”, Jesus persists in his message and subsequently finds that a great number of his adherents cease following Him. Only the twelve remain. Peter who speaks for them, (and for us?) claims there is not much choice and goes on to say “You are the Holy One of God. To whom, Lord shall we go?” By making this decision, the apostles are exercising their freedom by choosing to stay with Jesus.

Father Dennis McBride in his “Seasons of the Word” reminds us that in his gospel, St. Mark believes that Jesus is the Son of God, but he also portrays him in such a human light that everyone can identify with him. Immersed in the strengths and limitations of humanity, the Jesus we meet in Mark’s Gospel is alive, real, always struggling to be authentic. For, it is Mark who gives the most moving account of the Lord’s commitment to a broken and fragile humanity.”

The question remains in our day when the world is ravaged by COVID, climate change, wars and inequality, and we are ruining our planet at an alarming rate. When the weak are eliminated at the end of life and hospital beds are at a premium are we ready to turn to the Giver of life? Will we say with Jesus as He hung on the Cross, “Into thy hands, O Lord, I commend my spirit” and again “To whom Lord shall we go? You have the words of eternal life.” This choice to follow Jesus; to accept his message is not a one-off but is a choice which we make every day of our lives. No matter what our station in life is, we recommit ourselves every day. In other words, our response of “To whom shall we go?” is our daily prayer, a daily commitment. Jesus respects our choice and welcomes us with open arms.

Many of Jesus’ disciples who were listening said, “This saying is hard; who can accept it?” Since Jesus knew that his disciples were murmuring about this, he said to them, “Does this shock you? What if you were to see the Son of Man ascending to where he was before? It is the spirit that gives life, while the flesh is of no avail. The words I have spoken to you are Spirit and life. But there are some of you who do not believe.”

Jesus knew from the beginning the ones who would not believe and the one who would betray him. And he said, “For this reason I have told you that no one can come to me unless it is granted him by my Father.”

As a result of this, many of his disciples returned to their former way of life and no longer accompanied him. Jesus then said to the Twelve, “Do you also want to leave?” Simon Peter answered him, “Master, to whom shall we go? You have the words of eternal life. We have come to believe and are convinced that you are the Holy One of God.”

Sister Maura, who was born in Scotland, spent most of her religious life in the south of England. For many years she was a primary school head. Before taking up the role of an adviser on Religious Education for the Archdiocese of Southwark, she spent a short time in the Shetland Isles (the most northerly part of the British Isles) setting up catechetical opportunities for children and parents. Later she took up the dual role of adviser and inspector for the Diocese of Plymouth where she also tutored for the Catholic Certificate in Religious Studies for teachers and catechists. She then spent a short time as acting director in Plymouth before taking up the post of Director of the RE Office in Argyll and the Isles. This afforded her the opportunity of travelling to fascinating faraway places such as Barra, Skye and Lewis. Ill health caused her to retire at the age of 70. Then she worked for a while as a part-time on-line tutor for St Bede’s College, Ushaw, tutoring students working towards the CCRS certificate. Sister Maura is now fully retired from active, full-time ministry and has returned to England. 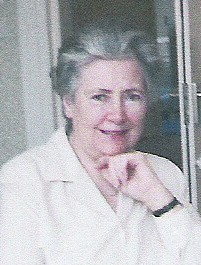