Today’s gospel is all about forgiveness. It begins with Peter asking Jesus, “How often must I forgive…” Peter was feeling magnanimous and gives the largest number he can imagine, “as many as seven times?” Jesus’ answer surprises Peter “not seven times” ( that would be always – the number ‘seven’ in the Bible represents totality) but seventy -seven times ( that is more than always, if it were possible!) (18:22). What is demanded of Peter (and us) is limitless forgiveness. To illustrate this. Jesus portrays the relationship between God and humanity through a parable about a master and his servants. Jesus often uses exaggerated images in order to shock his listeners and to challenge them to think. He drew on characters and situations that were familiar to them.

The parable of the Unforgiving Servant focuses on the meaning of divine forgiveness within the context of human relationships. The intention is to clearly demonstrate the fact of our guilt and the overwhelming experience of being forgiven. There should be no limits to our willingness to forgive just as there are no limits to Divine mercy and forgiveness. Earlier in Matthew’s gospel the need for mutual forgiveness was the only petition in the LORD’s prayer to receive commentary (6:14-15). The story here centers on the interaction among people, it is the king/master, the two debtors and their fellow servants. In daily life, human relationships can cause problems, and people offend one another, therefore, it is necessary to show mercy and compassion.

Matthew introduces the parable by the standard Matthean phrase,“ Therefore the kingdom of heaven…” The reign of the kingdom is likened to king settling his accounts with his servants. The wording of the parable reveals rich Semitic imagery which would have characterized the teaching of Jesus. The word ‘debt’ in the parable is another way of saying ‘sin.’ In the Semitic thought “debtor’ had a connotation that went beyond the world of finance and referred to other wrongs as well. Often a debt is metaphorically related to interpersonal relationships on a moral and ethical level.

The master, in the story, calls the first unfortunate debtor who owes ten thousand talents, an enormous amount. It would have taken two hundred thousand years for a worker to earn that amount. Such an enormous figure which means an infinite debt in the minds of the people at the time of Jesus, is only meant to show the immensity of the mercy of God. Rather than suffer the punishment which he had incurred, the servant asked the master to have patience and he would be repaid in full, an impossible undertaking. No single individual could ever hope to repay it. What follows is the key to the story, “ Moved with compassion the master of that servant let him go and forgave him the loan.” (18:27). The entire debt was forgiven. Only an extremely noble and generous king/master was able to demonstrate such an unexpected display of compassion. The servant and his family are spared lifelong slavery.

The servant was astonished that the master did not run his affairs on the principle of justice alone he had allowed mercy to override the demands of justice. The significant turn in the plot of the story is when the forgiven servant than goes out and meets a fellow servant who owes him one hundred denarii, which is far less a sum, and yet he demands immediate repayment. In a nice touch the second servant used the same words that had before swayed the heart of the master to forgive the debt, “Have patience with me and I will repay you.” But the forgiven servant would not listen. and had his fellow servant thrown into prison. Although the first servant had received mercy, he was unwilling to extend it to others. He did not follow his master’s example and forgive the debt of his fellow servant. Therefore, he was punished when the master heard what he had done.

Finally, we get to the moral and it is addressed straight out of the gospel to us “ Should you not have had mercy – just as I had mercy on you.” Our part is to realize how much we have been forgiven and to act accordingly.

Jesus has taught us to repeat daily,  “Father forgive us our debts as we have forgiven those who are in debt to us” (Matthew 6:12). On the cross by forgiving those who were killing him (Luke 23:2), Jesus showed that his love is as immense as the love of the Father. Let us pray that we may learn the art of forgiveness. It is forgiveness that brings life.

Peter approached Jesus and asked him,
“Lord, if my brother sins against me,
how often must I forgive?
As many as seven times?”
Jesus answered, “I say to you, not seven times but seventy-seven times.

That is why the kingdom of heaven may be likened to a king
who decided to settle accounts with his servants.
When he began the accounting,
a debtor was brought before him who owed him a huge amount.
Since he had no way of paying it back,
his master ordered him to be sold,
along with his wife, his children, and all his property,
in payment of the debt.
At that, the servant fell down, did him homage, and said,
‘Be patient with me, and I will pay you back in full.’
Moved with compassion the master of that servant
let him go and forgave him the loan.

When that servant had left, he found one of his fellow servants
who owed him a much smaller amount.
He seized him and started to choke him, demanding,
‘Pay back what you owe.’
Falling to his knees, his fellow servant begged him,
‘Be patient with me, and I will pay you back.’
But he refused.
Instead, he had the fellow servant put in prison
until he paid back the debt.

Now when his fellow servants saw what had happened,
they were deeply disturbed, and went to their master
and reported the whole affair.
His master summoned him and said to him, ‘You wicked servant!
I forgave you your entire debt because you begged me to.
Should you not have had pity on your fellow servant,
as I had pity on you?’
Then in anger his master handed him over to the torturers
until he should pay back the whole debt.
So will my heavenly Father do to you,
unless each of you forgives your brother from your heart.”

Sr Marie André Mitchell is a third generation South African . After qualifying as a teacher and teaching for one year she entered the Sisters of Notre Dame de Namur in Cape Town on 12 January 1957. She did her novitiate in Ashdown Park, England and returned to SA. She has the following degrees, B. A.; B.Th. and a Masters in Religious Studies. She is a member of the Bat Kol Leadership Team and has attended many Bat Kol programs in Jerusalem. The motto of the Institute is “ Christians studying the Bible within its Jewish milieu using Jewish Sources . Marie André continues to teach “Scripture in its Jewish Context” part time. She is a member of the SACBC’s Department of Ecumenism and interreligious Dialogue. 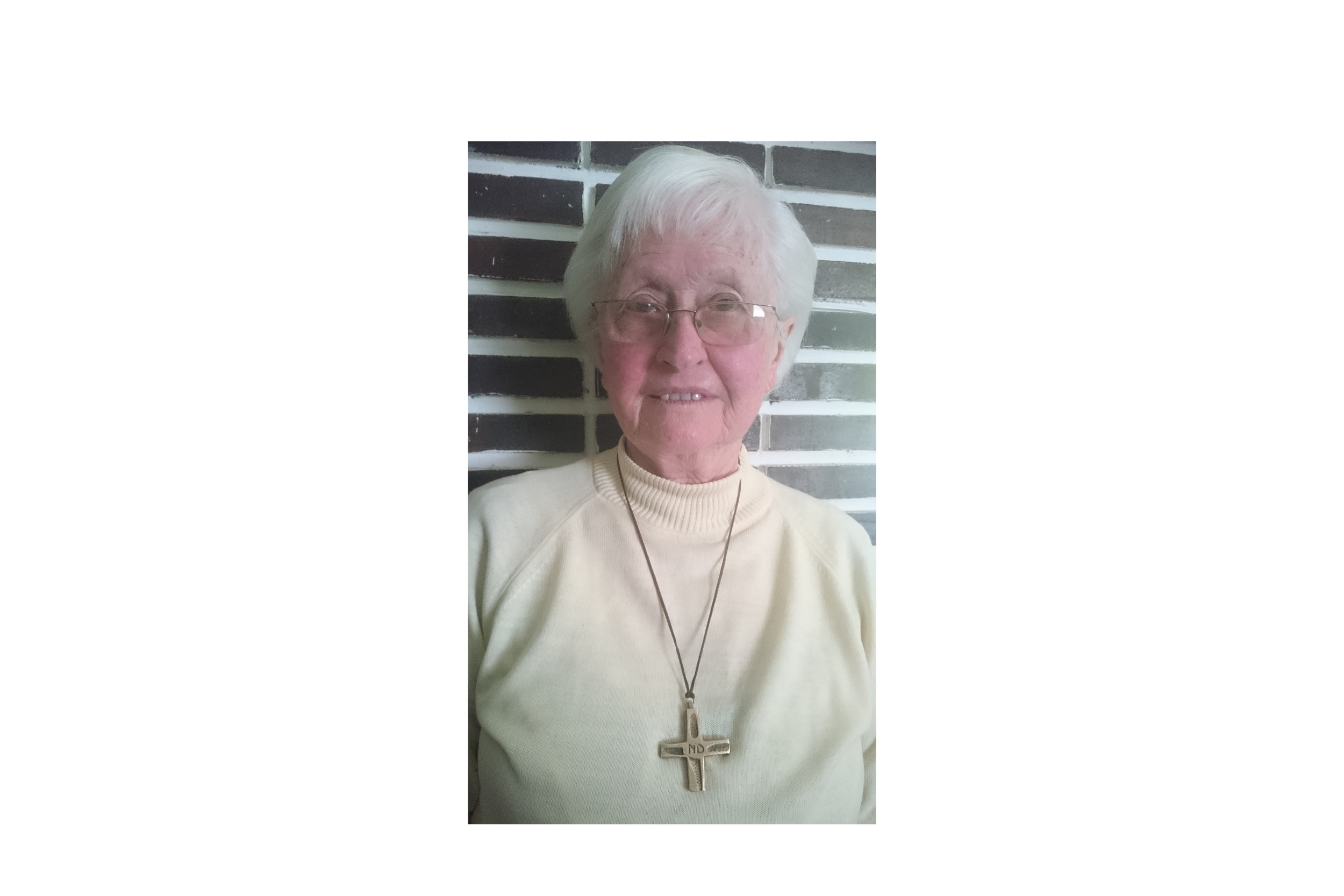