In the time Jesus walked the earth, he was a teacher with his disciples. In our time, Jesus needs and calls disciples to do his work in the world today. The gospel this week, Luke 14: 25-33 reflects on the call to discipleship as presented to a large group who were following him.

Right before this section, Jesus told the story of a man who planned a dinner party and invited many guests. Those invited gave excuses because they could not come: one had to check on bought property, another had bought cattle, another recently married could not leave his wife. The master was irritated and decided he would fill his house with those who would enjoy the banquet.

Then comes the reflection where Jesus states criteria for being his disciple. One must give first preference to his/her call to be a disciple of Jesus, leaving his/her parents, children even one’s own life in second place. The disciple of Jesus must be willing to be put to death, take up one’s cross to be a disciple. The disciple must know how to plan, to calculate what is needed to complete the task, to have all that is needed so as not to run out of material in the middle of the job and thus look foolish.

If this is not clear enough, in the section which follows Jesus tells us that being a disciple is to be a courageous caretaker who suffers the loss of one sheep, leaves the 99 others to find the lost one, puts it on his/her shoulders and returns to the rest of the flock who together with the shepherd rejoices that what was lost was found.

Both men and women were disciples of Jesus. Women were entrusted to communicate important messages to the apostles who were too frightened to leave the room: “He is not here; he is risen as he said.” “Go and tell my brothers to go to Galilee; there they will see me.” Veronica courageously wiped the blood and sweat from Jesus’ face as he carried the cross to Calvary. Mary, his mother and faithful women stood at the foot of the cross, witnessing to the suffering. Mary Magdalen was cured by Jesus; she never left him even after his death. Other women economically assisted and financially supported Jesus’ ministry by selling cloth. These women were all disciples of Jesus. The fact that they were with him marked them as disciples. They learned to live as Jesus lived, to care for the sick, to give food to the hungry, to be with the poor, to be family together.

“Suppose one of you wants to build a tower. Will he not first sit down and estimate the cost to see if he has enough money to complete it? For if he lays the foundation and is not able to finish it, everyone who sees it will ridicule him, saying, ‘This fellow began to build and was not able to finish.’

“Or suppose a king is about to go to war against another king. Will he not first sit down and consider whether he is able with ten thousand men to oppose the one coming against him with twenty thousand? If he is not able, he will send a delegation while the other is still a long way off and will ask for terms of peace. 33In the same way, any of you who does not give up everything he has cannot be my disciple.”

Betsy Mary Flynn entered the Sisters of Notre Dame de Namur in 1960. She taught high school at Central Catholic in Norwalk, Ct. East Catholic in Manchester. Ct. and Notre Dame, Bridgeport Ct. She was a member of an ecumenical team working with migrant tobacco workers to obtain their legal rights. From there worked as a counselor at Greater Hartford Community College assisting women wanting to continue their education by returning to school. In 1981, Sr. Betsy was missioned to Brazil where she served in Sao Domingos, Ma., Assuncao, Ce.,Itapipoca, Ce., and Fortaleza, Ce. She arrived in Ceara at a time of serious drought: many deaths, very grave shortage of water, crops destroyed, animals dying. It was the time after the Vatican Council and we were involved in participating in reflecting Life and the Bible in small groups all over the diocese. In 1997, Sr. Betsy went to Lima, Peru to study the Bible with leading Latin American Scripture theologians and delegates from all countries of Latin America. The Brasil team consisted of 5 from different parts of Brasil. She lived with the Sisters of Notre Dame in Delicious and got to know and appreciate the work of the Peruvian Province. On returning to Fortaleza, she began work with an Audiovisual team which made videos related to community problems of the interior and city. The work with women studying the Bible from the perspective of gender grew into the formation of AGAR, which continues to grow and be active in Ceará, She was a member of the Group “Grito pela Vida” ( Cries for Life) an international network dedicated to education about and concrete action to eliminate the trafficking of adults and children. The years 2000 to 2015, was time of insertion in living experience with two poor neighborhoods in the capital city of Fortaleza. In September of 2015, Sr. Betsy returned to the States for reasons of health. She presently lives in Julie House, a community of 19 Sisters. Prior to the Corona Virus Pandemic, she worked as a volunteer translator with Malta, a health project which gives quality care for the poor in three different sections of Harford and one in East Hartford. She is a team member of the SND immigration project and has worked with migrants seeking asylum in McAllen Texas, and those camping out in the occupation at the bank of the Rio Grande in Matamoros, Mexico. 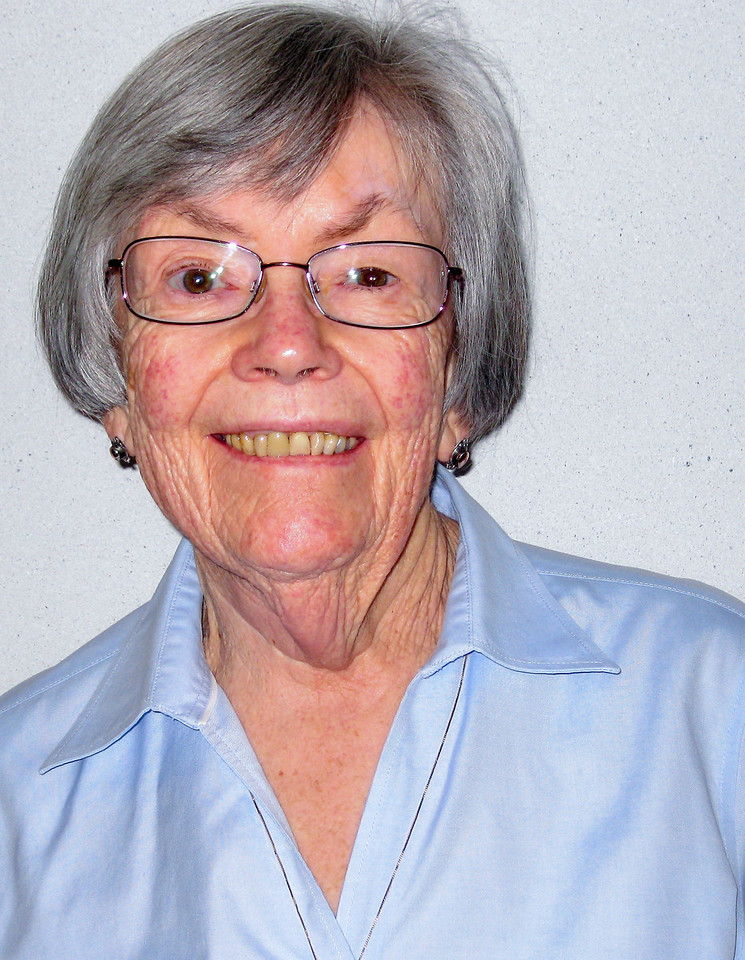